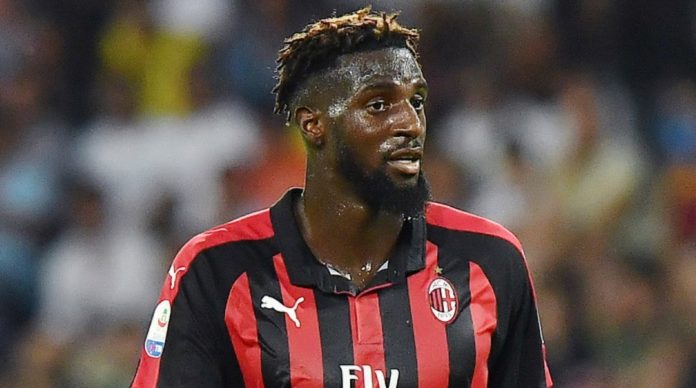 Chelsea’s on loan midfielder will remain at AC Milan for the season according to the players’ agent.

Reported by Sky Sports, Federico Pastorello claims the Frenchman is perfectly happy with life at The San Siro.

“Bakayoko is happy in Milan and Milan are happy with him. It was known he would need a bit of time, but everyone is convinced he can contribute a lot to their season.

“All this chatter about a return to Chelsea in January is completely unfounded.”

Bakayoko endured a difficult first season at Stamford Bridge following a £40m move from Monaco during the summer of 2017.

The then Chelsea boss Antonio Conte kept faith in the 24-year-old as he went on to make a total of 43 appearances in what was a turbulent season for The Blues.

Many Chelsea fans were happy to see the Frenchman loaned to Milan last summer in a deal that includes an option for the Rossoneri to make the deal permanent.

A return to his parent club would see him a long way down the pecking order with the amount of midfield talent currently at SW6.

So far this season Bakayoko has appeared four times in Serie A, and has not been exempt from criticism.

“One week is not enough to remove the defects of a player. I would have preferred to be managing older, more experienced club players.”

The pressure is now on Bakayoko to rediscover the form he showed during his time at Monaco. We’re only a couple of months into the season, so plenty of time for the Frenchman to shine.