After euphoria, numbing despair: Villa’s new owner is as shady as they come 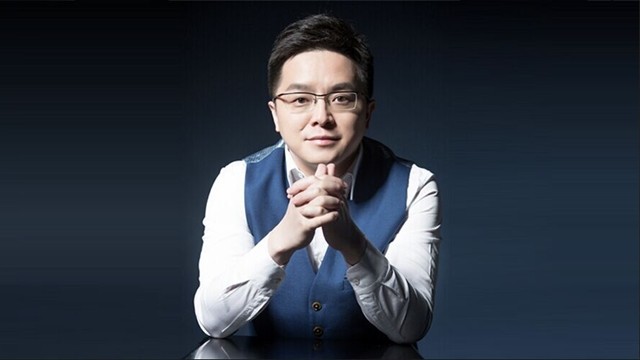 After a sorry season, Aston Villa fans found a reason to rejoice as the club got a new owner, Chinese businessman Dr. Tony Xia.

His dad was an agricultural technician and his mother was a housewife. Having been academically talented, “Xia Jiantong”, moved to the United States to study at Harvard and MIT, and has took a five-month exchange at Oxford University.

Xia is now the CEO of Recon Group, the China-based multinational holding company that owns the Midlanders now. Xia became boss of the organization back in 2004, as he struck rich in the urban development industry.

Xia is an ambitious man, quite clearly, and must excite the fans after his promise of not only promotion, but European football in “less than five years”.

For this, Villa need to buy some quality players as evidently, their squad is seriously devoid of real quality. Xia has said that he plans on spending between £20-50 million on “six or seven” new players. For this money, the Chinese businessman has proposed a way to get the money, to rename the club’s stadium to include Lotus Health, a company Recon Group definitely has a controlling interest in, something Aston Villa’s site spoke very highly about.

“Villa Park is a very historical stadium, so we will not simply and callously destroy a club’s history. We want to use Villa’s history and its substantial fan base around the world to also promote Lotus Health products and services globally. The ideal scenario would be for fans to enjoy Lotus Health products at Lotus Villa Park, it would be a great advert for both brands.”

The temporary euphoria around the historic club must have simmered down at the sound of this.

His resumé seems extremely impressive but there are reasons to believe things might not be as pleasant as they seem.

His introduction on Aston Villa’s website claimed he owned Recon Group, which has a controlling interest in five publicly-listed companies on the Hong Kong and Chinese stock exchanges, employing 35,000 people in 75 countries.

However, The Financial Times investigated these claims by looking up at these auxiliary organizations’ names on Recon’s site and checking the stock listing, and found that Recon really possesses one of the named organizations. A Recon representative confirmed this after being approached and said it was due to miscommunication with Aston Villa. The page on Villa’s site has subsequently changed this and the mention of the five companies Recon owns isn’t made.

This could be attributed as a simple error but this hasn’t been the only miscommunication so far.

Club chairman Steve Hollis was talking up Xia’s resume recently when he said, “Again, you need to ask him but he is responsible for the Bird’s Nest in Beijing and some of the other major iconic developments in China”

The Recon representative also clarified to The Financial Times in the same report that Xia didn’t have anything to do with the building of the Olympic stadium in Beijing. While this could also be passed off as a small misunderstanding the fact that Hollis has claimed to work hard to find a new owner for the club makes it rather strange that he is not crystal clear about Xia’s resumé.

There are doubts about his Harvard “PhD” and claims of being a professor, something he used to his advantage to get funding for his company. It’s believed he just got his Master’s degree from the prestigious US college and he has been on a permanent leave for his PhD. Detailed information can be viewed here for anyone who can read in Chinese.

While someone who is deceptive isn’t always a bad businessman — au contraire, it’s often regarded as a great suit to have for someone in the field — Xia seems extremely questionable.

After a dreadful season and a drop to the Championship, Aston Villa can’t have things become worse, but did they just?