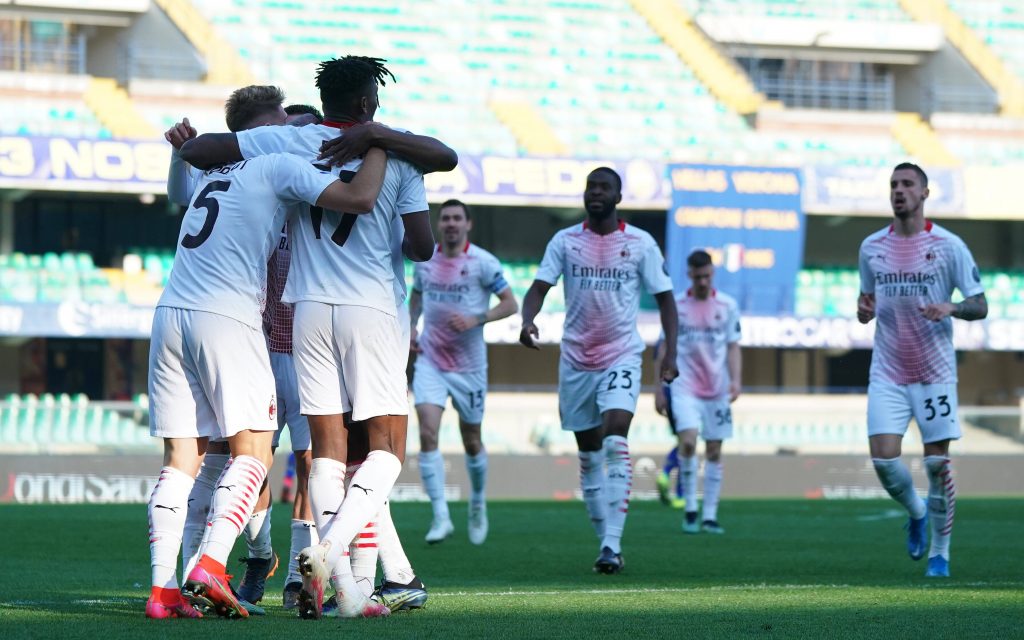 AC Milan and Napoli go head-to-head at the San Siro on Sunday in one of the most highly anticipated fixtures on the Serie A football schedule.

After running out 3-1 victors at the Stadio Diego Armando Maradona in the reverse fixture, the Lombardian side will look to claim their first league double over the southern visitors since 2010/11.

Both teams are well below their season goals ahead of this crunch meeting.

The Rossoneri have enjoyed a slight upturn in form ahead of the kick-off, going from back-to-back Serie A losses ‘to nil’ to three straight league matches without losing (W2, D1).

Additionally, the hosts are on a four-game unbeaten top-flight run against Napoli (W1, D3), last enjoying a longer such streak in 2011.

Interestingly, each of Milan’s last three Serie A games won/lost at home arrived by over 3+ goals ‘to nil.’

However, it is worth noting that Stefano Pioli’s men have only won 39.29% of their total Serie A points this season at the San Siro (22/56), having picked up just one triumph in their last four home league fixtures (D1, L2).

The seven-time Champions League winners last defeated the Naples visitors on home turf in 2014, with no player featuring for Milan at that time being a part of the club now.

Free-scoring Napoli have bagged over 1.5 goals in each of their previous five Serie A games, with seven of their ten strikes in that sequence arriving after the half-time break.

Although winless in their last four away league matches (D1, L3), Gennaro Gattuso’s men have been a fun team to watch on the road.

Each of their previous six away Serie A fixtures have seen over 2.5 goals and both sides on the scoresheet, with the last two producing 3+ second-half goals.

Far more aggressive after the interval, the Partenopei have registered a clear majority (72.73%) of their total away league goals scored this season in the second half of play (16/22).

Late action is seemingly on the cards, as witnessed by the fact that eight of Napoli’s 12 top-flight games on the road have featured a goal inside the final 15 minutes.