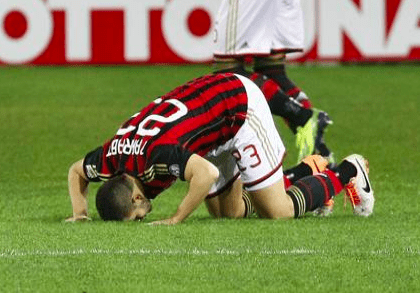 For about three minutes at the San Paolo, Seedorf’s vision for AC Milan seemed to have clicked into place. With Kaka and Honda unable to start it was the new signing Adel Taarabt – the man who had always won on his debut – who put Milan ahead with a low curled shot around Reina. A moment of brilliance, which just three minutes later was nullified by Inler’s deflected shot which looped into the net to equalize. All even with everything to do again, the seams in Seedorf’s team quickly began to show and the rossoneri suffered against Benitez’s well-drilled Napoli. 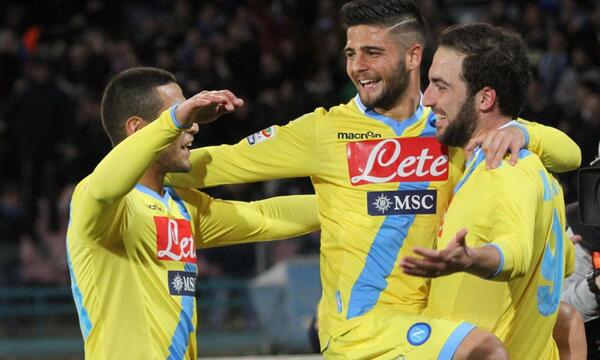 Forced to utilize his two new signings from the start, Seedorf can take some bittersweet solace in the fact that Taarabt and Essien provided the only notable brilliance and solidity for the rossoneri. Napoli on the other hand had a rejuvenated Hamsik, along with the energetic Mertens and new signing Jorginho. With Insigne working hard to prove himself in Benitez’s eyes and Higuain being a constant threat and nuisance with his pressing, the home side was unforgiving in their assault on Seedorf’s side. Even if the first half ended tied, Abbiati was fortunate that he only got a yellow for bundling over Mertens outside the box when the Milan defence were caught snoozing, and Balotelli’s only contribution was a thunderous but central shot which Reina parried.

Seedorf made a substitution during the break replacing the invisible Robinho with the flu-recovering Kaka, but just ten minutes into the second half Inler picked out Higuain’s run and the Argentine glanced in a header to take the lead. Higuain went on to score Napoli’s third late in the match, while Balotelli had been substituted by Pazzini after a lifeless performance, and ultimately teared up on the bench. It was expected that Balotelli would help carry his makeshift midfield of new teammates with a strong performance, however it was Essien and Taarabt who did their best to recover and mitigate from their striker’s poor performance.

For Napoli, Higuain’s performance must be admired and contrasted greatly with Balotelli’s. The Argentine’s pressing initiative when it came to making the Milan defence uncomfortable with the ball coaxed the rest of Neopolitans to push up alongside him and hold Milan back in their half. Higuain’s quick movement and eager runs created plenty of opportunities for himself, and also opened up space for his teammates to exploit. Mario Balotelli however was statuesque and unrecognizable, he rarely managed to get into helpful positions and often held onto the ball for too much before losing it.

With this important but manageable hurdle surpassed, Napoli continue to chase Juventus and Roma while holding onto the last Champions League qualifying place (third place in the table) with Fiorentina just three points below them. AC Milan however have just one more game against Bologna before having to host Atletico Madrid in their Champions League tie, and Seedorf’s project doesn’t seem to be able to convince consistently. Even with Taarabt and Essien inserting themselves well into the team, there is little cohesion amongst the rossoneri, and the coming weeks look grim as AC Milan slide closer towards the bottom half of the Serie A table.