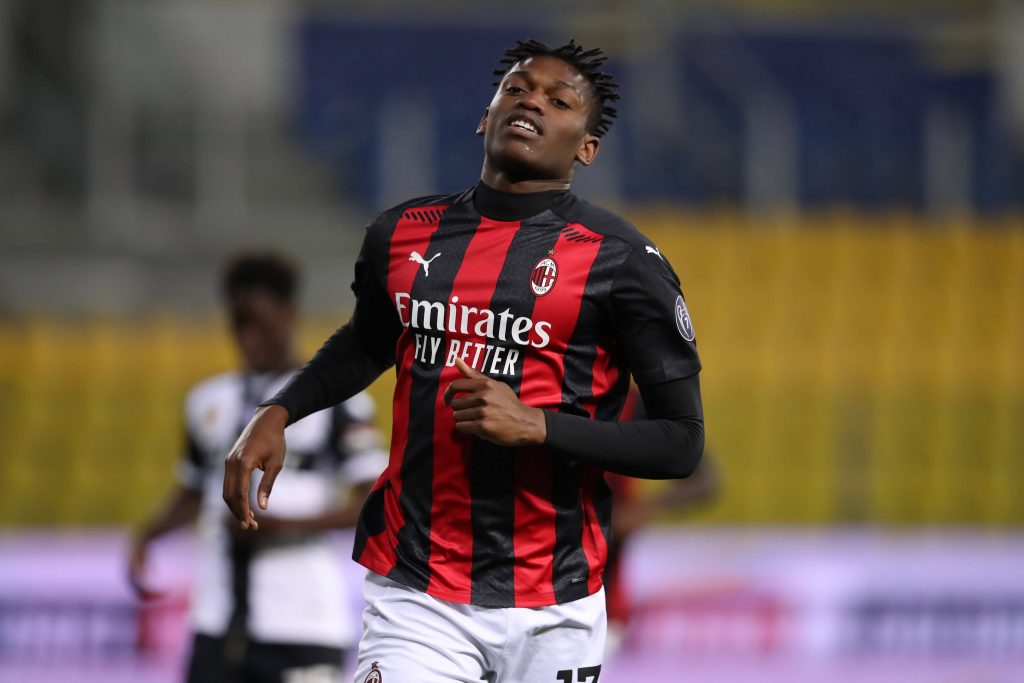 AC Milan have slapped a whopping €50 million price tag on striker Rafael Leao, according to Calciomercato.

Leao joined AC Milan in August 2019 from Lille for an estimated €28m. He had a difficult debut season in Italy, making just 12 league starts with 19 appearances coming as a substitute.

However, the Portuguese has shown signs of progress this season. In 18 league starts, he has scored six goals and registered a further five assists, helping his side to second in the Serie A table – on course for their first top four finish since 2013.

This form has attracted attention from England. As well as Italian giants Juventus, Wolverhampton Wanderers and Everton are both said to be ready to compete for his signature.

If the 21-year-old is to move away from Milan this summer, it will take a massive €50m fee to do so, claims Calciomercato.

Juventus will be looking for a new forward soon, especially if star man Cristiano Ronaldo moved on. The 36-year-old has been linked with a return to Real Madrid and has only one year left on his contract.

Meanwhile, fellow striker Alvaro Morata is only on loan from Atletico Madrid, although the Old Lady have an option to buy. If they don’t exercise this option, they will be left with no natural strikers.

As for Everton, a move for Leao will likely depend on the future of Dominic Calvert-Lewin. The England international has had his best goalscoring season so far, hitting 19 in all competitions in 32 outings.

Should he leave, the Toffees will receive a hefty transfer fee which would probably go towards a replacement. However, they may prefer to trust returning loanee Moise Kean, who has had a successful spell at Paris Saint-Germain.

Wolves have struggled up front this term due to the injury of Raul Jimenez. The Mexican fractured his skull in his side’s 2-1 away win against Arsenal back in November and has been out of action ever since.

Teenager Fabio Silva has struggled to step up to the plate, scoring just three league goals all season, while loanee Willian Jose has failed to find the net.