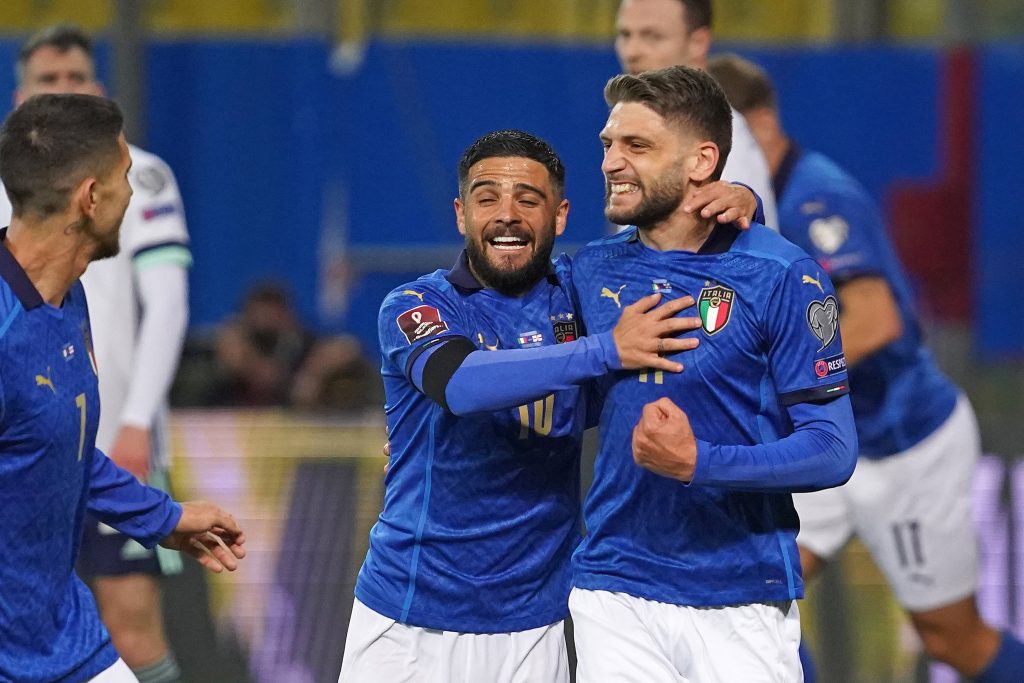 The Rossoneri have enjoyed a bit of a revival in recent times.

Having failed to qualify for the Champions League in seven consecutive seasons, they ended the 2020/21 campaign in second place behind only Inter Milan.

In the coming season, they will be aiming to close the gap between themselves and their bitter rivals.

However, reinforcements on the wings will be needed, following the departures of Hakan Calhanoglu and Diego Laxalt, as well as the expiry of Brahim Diaz’s loan from Real Madrid.

SportItalia are now claiming that Italy internationals Lorenzo Insigne and Domenico Berardi are both on Milan’s radar this summer.

The pair were regulars for the Azzurri this summer as they went on to win the European Championships.

Insigne has been one of Napoli’s star players for many years now, scoring over 100 goals for the club and winning two Coppa Italia titles.

He started six of Italy’s seven games this summer, scoring twice, and recorded 19 goals and seven assists in Serie A last season.

The campaign ended in disappointment for the Partenopei, missing out on Champions League qualification on the final day after a 1-1 draw against Verona.

This may encourage the 30-year-old to seek a move away from the Stadio Diego Armando Maradona.

Berardi was part of Roberto Mancini’s starting XI at the beginning of the tournament but lost his place during the knockout stages to Juventus’ Federico Chiesa.

The winger has spent his entire career at Sassuolo, earning his first professional contract in 2012.

He has scored over 100 goals for the Serie A club, and bagged 17 goals and seven assists in the league last season.

If Milan wish to make a move for the player, they may have to act quickly.

There were reports last month suggesting that top Premier League clubs could be interested, including Liverpool, Tottenham Hotspur and Leicester City.