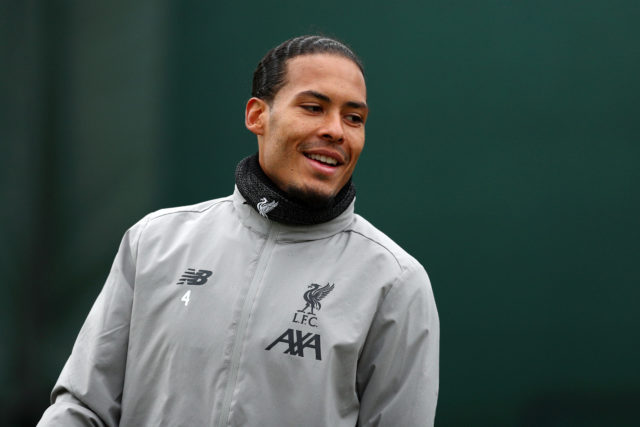 The 36-year-old striker faced against him last season and found him the toughest player he has faced ever in his career. Last season, Murray’s Brighton side were twice beaten by Liverpool who finished second behind Manchester City.

This season, Murray is yet to face the Dutch skipper as he was an unused substitute during Brighton’s 2-1 defeat against the Reds.

Murray has hailed Van Dijk, who is on £180k-per-week wages at Liverpool, as a step above the rest, and claimed him as a ‘man mountain’.

“I didn’t come across him this season, but last season it was Virgil van Dijk,” Murray told Sky Sports. “I think he’s just a step above the rest and it has shown in Liverpool’s success since he has joined the club.

“What once was a little bit of an uneasy defence let’s say, I think he shored it up and is bringing the best out of those around him, especially both fullbacks and now Joe Gomes coming through. He is just a fantastic footballer.

“First and foremost, he is just a man mountain, isn’t he?! I mean he treated me like a 12-year-old boy. He just moves you out of the way. I think it’s his all-round game and his reading of the game. When you put somebody in defence and he makes those around him better, I think that’s the real test of a true great.”

Van Dijk joined Liverpool for a reported fee in the region of £75 million during the January transfer window of 2018. The Dutchman is arguably one of the best defenders in the world and along with Alisson Becker has transformed Liverpool’s defence completely.

He was one of the big reasons behind why Liverpool lifted the European Cup last term and has played a key role this season as the Reds aim to end their 30-year wait to become champions of England.