According to the Spanish newspaper As, the Madrid giants are in close talks with signing top sports psychologist Kerry Spackman, the “man that turned Formula 1 driver Lewis Hamilton from a beginner to a veteran”. 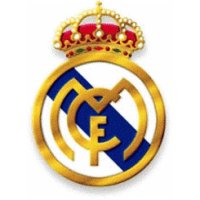 As‘ actual printed headline was literally “Mental therapy” (to avoid crossing that very thin line between actual news and sensationalism, right?), and claimed that the Englishman (which the Spanish press now calls ‘brain trainer’) will be in charge of the “mental and psychological strengthening of the roster’s young players” in other words “cut the youngsters off from the pressure, and focus their minds before important matches and the demands they will face during the season.” Spackman’s first ‘victims’ should be Real Madrid’s youngest elite, namely Fernando Gago, Gonzalo HiguaÃ­n, and Robinho, as well as recent signings Wesley Sneijder, Pepe, Arjen Robben and Royston Drenthe.

Spackman was personally recommended by the Merengues‘s physical coach, Valter di Salvo. The pair met while Di Salvo was still at Manchester United, and the Italian fitness trainer wants to include the psychologist as part of his bid to modernise Real Madrid’s training regimen, something which according to Di Salvo will “go far beyond than the simple physico-medical preparation of the athlete“. Di Salvo had expressed his concern to Madrid about some the demands placed on the younger players, how they dealt with the build-up to big games, as well as the constant attention of Spanish media.

On his personal website, Spackman claims that he “specializes in elite training for people who are already ranked in the World Top 20 of their sport, and who now wish to progress to World Number 1“. The psychologist maintains he can help “athletes with proven exceptional ability at the early stages of their career” using training techniques based on looking at an individual’s nervous system, and how their brain reacts in certain situations.

Spackman’s curriculum is not under discussion, but the rumours of his arrival generated a bit of skepticism among the media. In recent years, Spackman has worked with Hamilton and helped the Formula 1 driver cope with the stress, as he came close to winning the drivers’ championship last season, but Italian newspaper Gazzetta dello Sport pointed out that As themselves had severely criticized Hamilton for his mistake in the last Grand Prix of the season, which effectively cost the British driver the title (note: others are still claiming there was a technical problem with the car, and that human error i.e. Hamilton was not at fault). In that case, Hamilton didn’t exactly exhibit the “winning spirit and mental strength” that Spackman would now try to instill in the minds of Real Madrid players.

Also, upon hearing the news, Wesley Sneijder stated that he does not need or want to see a sports psychologist. “I feel great and I don’t need one“, he said. “In fact, the whole team feels well psychologically speaking. I don’t know if the news is true, but if it is, I definitely don’t need a psychologist“. The Dutch midfielder has been accused of seeing his form dip after some outstanding early displays, but he claims that it has nothing to do with the pressure. “Maybe I did at the beginning because I was new here. The team doesn’t feel pressure either. There is no reason to: we are leaders” he concluded.

By the way, I should mention that news of Spackman’s possible arrival at the Bernabéu had already filtered last week, but since then no official denial was recorded, a sign that the deal is very near to be completed (or that Spackman is just taking his time in making a decision). According to As, Spackman should arrive at Real Madrid in January of 2008.

What do you think? Can Real Madrid benefit from a sports psychologist, or are their problems located on the field more than in the mind?

By the way, for the sake of exactitude I think a little note is in order. I guess I shouldn’t have been titling the word “shrink”, because that is usually the term given to psychiatrists, not psychologists.

In case you’re wondering about the difference, Wikipedia has the explanation: licensed psychologists hold a doctorate in their field, while licensed psychiatrists hold a medical degree with a specialty in psychiatry. Psychiatrists are physicians who have earned an MD or a DO, whereas psychologists have earned a PhD, PsyD, or EdD. Psychiatrists generally spend shorter periods of contact time with clients/patients, and the principal method of treatment is psychopharmacology. Conversely, clinical psychologists generally rely upon psychological assessment and the use of psychotherapy to relieve psychological distress.

There. You have to admit though, “A psychologist for Real Madrid” makes for a much less interesting title, doesn’t it?