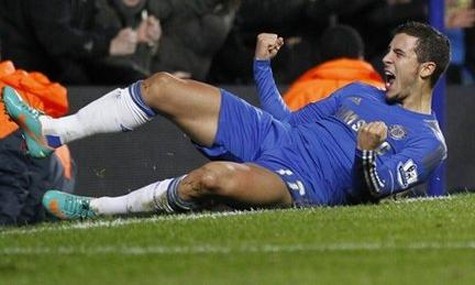 Over the past couple of seasons, Eden Hazard has slowly but surely taken over as Chelsea’s main man. The Belgian, signed from French side Lille for £32 million in the summer of 2011, had a decent first campaign at Stamford Bridge, where he showed flashes of his brilliance. Last year, he stepped up to the next level, by being Chelsea’s top-scorer in all competitions and producing some stellar moments of magic.

Jose Mourinho always has that one player in his squad that plays every game, no matter who the opposition, no matter what the scenario. It was Frank Lampard in his first stint at Chelsea, Cristiano Ronaldo during his time at Real Madrid. Now, it is Eden Hazard.

The 23 year-old has been billed as the next big thing in football several times, named as the heir to the throne of Ronaldo and Lionel Messi. Last season, he was awarded the Young Player of The Year in the Premier League, and missed out narrowly to Luis Suarez in the Player of The Year award.

The time has now come though, for Hazard to make the giant leap and establish himself as one of the world’s finest. Here are three aspects of his game that need to improve:

Last season was Hazard’s best goalscoring season with Chelsea, as the Belgian netted 17 times in all competitions. To put things into perspective though, Ronaldo and Messi scored 51 and 41 respectively. For Hazard to have any chance of competing with these two stalwarts, he has to start finding the back of the net on a more regular basis. His style-of-play facilitates him to cut inside from the right wing and unleash shots, but his accuracy and conversion rate has to improve vastly. There are far too many occasions in a game when he lets the opportunity to score get by. Some may argue that goals are not the only parameters to call someone the best player in the world, but in today’s times, it is difficult to look past someone who scores more than 40 goals every season.

One of the most important characteristics of a world’s best player is consistency. Hazard was mesmerising at times last season, but there were also occasions when he went missing. Against the big teams especially, he was criticised for not being at his best. This is something that Hazard will have to address and work on in the near future. He only scored twice in the Champions League last season, and it is at this kind of stage that he needs to start delivering more often.

Eden Hazard is surely one of the most marked men in every game he plays. The fact that he was the most fouled player in Europe is a testament to the fact that teams come prepared to nullify his threat. On quite a few occasions, they succeed. Once Hazard starts scoring goals with regularity, he will instill more fear in the opposition, as the defenders will know that not only is he the most creative and skillful player, but also the most dangerous in front of goal. 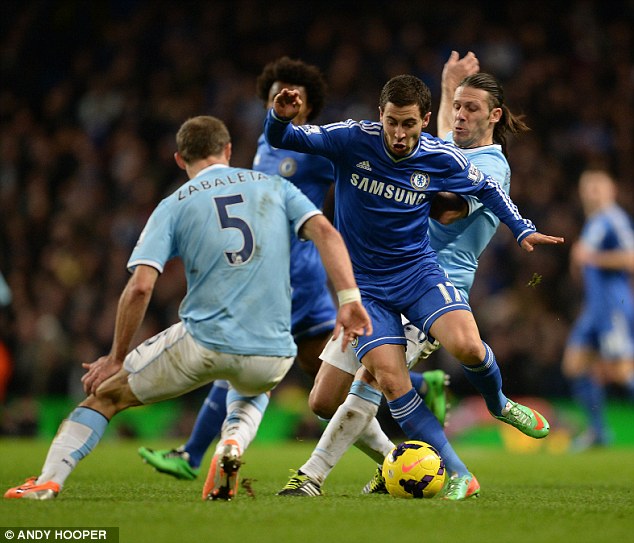