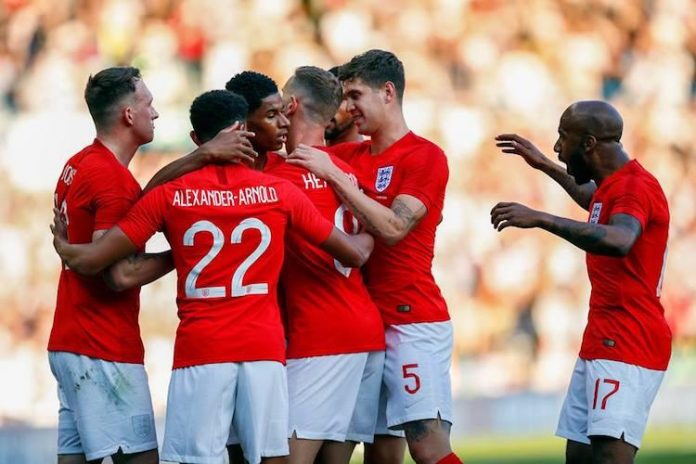 England and Belgium are heavily fancied to progress to the knockout rounds from Group G, but this World Cup 2018 pool has appeal other than these two European heavyweights.

Tunisia are much improved and enter the tournament quietly confident of causing an upset to reverberate world football.

Meanwhile, Panama will participate in the first World Cup in their history and as such will be suitably motivated to leave an impression.

The golden generation of Belgian football is well and truly in its prime and as such much is expected of Roberto Martinez’s men.

With some world-class players on the books of big European clubs, if they click Belgium could be dark horses to win the tournament.

England enter the World Cup looking to make amends for the acrimonious nature of their Euro 2016 exit and under Gareth Southgate there should be reason for optimism.

With a young and gifted group at his disposal, the Three Lions boss has urged his side to play expensive and brave football in Russia.

Tunisia were impressive in World Cup qualifying and have proven in friendly results they can go toe-to-toe with some of the top teams in the game.

With an array of rising stars plying their trade on the European club scene, the North African outfit could be a dangerous opponent.

Panama will add colour and romance to the World Cup this summer, with the Central Americans making their bow on football’s biggest stage.

However, looking at it realistically, the debutants are one of the weakest sides in the tournament and could be out of their depth.

Belgium’s team on paper is arguably one of the best in the tournament but the European nation have been guilty of not living up to increasing expectations in previous major competitions.

Any side with star men such as Kevin De Bruyne and Eden Hazard in it must be given the utmost respect and the Diables Rouges forward line will be a handful for every side they come up against in Russia.

Add to this plenty of midfield options and a resolute defensive unit and Belgium should be considered one of the frontrunners to taste success this summer.

While the personnel is there for the men in red to dominate Group G and progress through to the latter stages of the tournament, much will depend on Martinez’s ability to find balance among all his star names.

If there was ever an underdog in a major tournament, Panama must be deemed as it.

The modest nation have made their first-ever World Cup and few will expect them to do anything other than be soundly beaten in Russia and eliminated at the first time of asking.

However, while stars in the England and Belgian squads are used to playing in big games for their clubs, this is the pinnacle of the Panama players’ careers – and will provide endless motivation.

Not a lot will be known about the Panamanians, who will hope they can use this to their advantage and defy the odds to cause and upset or two.

With this fixture to take place in the final day of the group stage, this may well be a clash to decide the pool winners.

While qualification to the knockout rounds will be the goal for both teams ahead of the tournament, recording a morale-boosting victory against quality opposition in this clash could be the ideal springboard for the victor to progress deep into the competition.

England will know the Belgians well given the players’ club allegiances, with realistically as many as seven or eight of Roberto Martinez’s starting XI playing Premier League football in the recently concluded domestic campaign.

Both teams will want to win the group and potentially avoid Group F favourites Colombia in the round of 16, but the game should be a real spectacle and an indicator of whether either can be realistically deemed as threats to win the tournament.

While the Belgium attacking unit boasts star names such as De Bruyne, Hazard and Romelu Lukaku, Napoli forward Dries Mertens should not be overlooked.

The versatile attacker is likely to start as one of two attacking midfielders in a 3-4-2-1 formation and is coming into the tournament in fantastic form.

Mertens has scored 46 Serie A goals in the last two seasons, with his pace and technique a key reason for Napoli’s revival.

If opponents focus on the higher-profile members of the Belgium attack, the 31-year-old will be devastating if given space.

It is hard to fathom anything other than Belgium and England progressing to the round of 16, with the Belgians probable group winners.

Tunisia will hope to record a scalp in their opener against the Brits, but could be outclassed; however they should beat Panama to finish third.