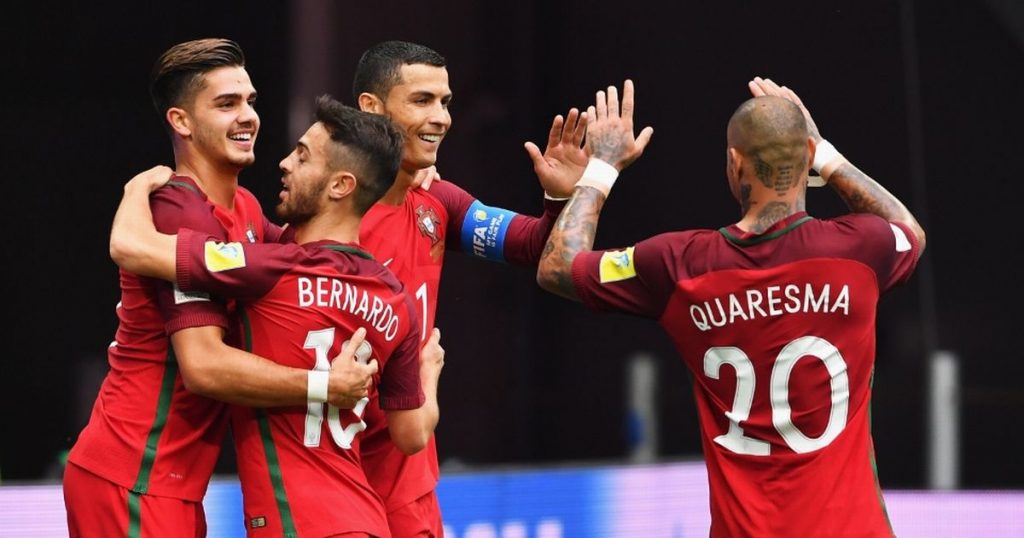 Group B looks set to be comprised of two straight shootouts; a pair of teams fighting for top spot and another duo battling to avoid being bottom.

Spain and Portugal are heavy favourites to progress through to the knockout stages and anything other than the Europeans getting to the round of 16 would be a major shock.

While Morocco and Iran enter the tournament as outsiders, both have improved markedly in recent years but have been unlucky to be coupled with two very able opponents.

Spain boast an incredible amount of talent in their ranks and still have some players that played a role in their success in South Africa in 2010.

With so much strength in depth and world-class superstars to call upon in almost every position, Julen Lopetegui’s men are one of the favourites to win the World Cup.

Portugal are coming off the back of glory at Euro 2016, where they surprised many to win the tournament in France.

With Cristiano Ronaldo as their talisman and plenty of other attacking stars, the Iberian nation should be a handful.

Morocco qualified for the tournament in intimidating fashion, without conceding a goal, and have a handful of players that have played in crucial Champions League clashes.

Iran are one of Asia’s best teams and showed four years ago in Brazil that despite their modest profile, they are no pushovers.

Portugal are good enough to beat Spain on any given day, but La Roja are undoubtedly the favourites to top Group B.

Looking at the players the European nation left out of their 23-man squad will evoke envy in many other competing nations, while the starting XI is based around a world-class goalkeeper and a defence made up of stars from Real Madrid and Barcelona.

Midfield options are eye-watering and although there are questions over their best formation and whether Diego Costa is the man to spearhead the attack, Spain look ominous.

A 6-1 win over Argentina recently showed that the men in red are not taking any prisoners – expect sublime technical football, goals and three Group B wins from three games.

While not many outside of the continent of Africa will expect much of Morocco at the tournament, there is reason to believe this side can pull of a shock.

Herve Renard’s men qualified for the competition at a canter, beating Ivory Coast to the top spot convincingly and are on a run of 16 matches unbeaten.

With Juventus centre-half Mehdi Benatia the enforcer at the core of a defiant rearguard, Spain and Portugal will find it hard to break the North Africans down.

At the other end of the pitch, players operating at European clubs have plenty of experience of top-grade football and there is a togetherness in the squad.

While qualification for the knockout rounds would be a surprise, Morocco will be a tough opponent and could cause a shock if one of the bigger-name nations are not at their best.

The second day of the tournament throws up a battle of the heavyweights, as these two Iberian rivals go head-to-head.

Portugal have recent bragging rights given their success at Euro 2016 but have always been the little sister and perceived inferior team to their larger neighbour.

Spain will know the threat that Ronaldo will pose given his lengthy time at Real Madrid and plenty of the opposing players will be familiar with one another.

While a draw could be good enough for both teams to progress by winning their other two games, neither would fancy taking on Morocco and knowing they had to record victory after a first-round lose.

Expect a high-quality affair with plenty of on-the-field rivalry – this is a high-stakes fixture right at the start of the tournament.

While Ronaldo may rightly hog the limelight in the Portuguese side, there are signs that the current Ballon d’Or holder is not as individually dominant as he once was.

With his pace not as electrifying as in years past, the superstar attacker relies on those around him for creativity, off-the-ball running and support.

Arguably the most technically gifted member of the Portugal squad is Bernardo Silva, who is the creative fulcrum and heartbeat of their attacking play.

The sublime playmaker moved to Manchester City last summer after a stellar couple of seasons with Monaco, but has not been an automatic starter for the Premier League champions.

However, in the colours of his nation expect Silva to shine and remind the world just how good a player he is.

For Ronaldo and Portugal to excel at the World Cup, they need to get the ball to Silva’s feet.

Spain and Portugal are the overwhelming favourites to make the round of 16 and although they will not have it all their own way against the other two sides, the European superpowers should progress.

Although many will fancy these two to beat Morocco and Iran heavily, the smaller nations will put in dogged performances.

Spain look likely to win the group and will know they will then have an easier route to the business end of the tournament if they do, while Morocco seem destined to finish third.