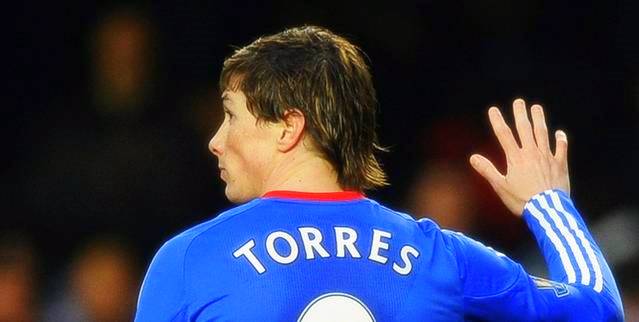 There are many, especially those who don’t have very much of an interest in sport, who think that top athletes are overpaid to do nothing more than ‘play a game’. However, there are many like Lionel Messi, Tom Brady, Derrick Rose, and others who are the best or among the best in their respective sports that look like they at least somewhat deserve the high salaries that they receive.

On the other hand, there are others who, well, don’t.

In some cases, the talent is there, but the production isn’t whether due to injury, lack of effort or confidence, or personal distractions, or other reasons, and in others, the talent may not be what it was or seemed to be at one time.

Here’s a look at ten footballers who top the list of well-paid disappointments. Not long ago, this list would have included Fernando Torres, but it’s hard to criticize the man after the week he had, and the likes of Diego, who’s been a vital part of Atletico Madrid’s run to the Europa League final, and Wesley Sneijder, whose form has picked up under new Inter manager Andrea Stramaccioni, also get a pass.

At one point, it looked like David Bentley was set for a big future with club and country. Unfortunately, his career has tailed off dramatically since his move to White Hart Lane.

Two excellent seasons at Blackburn Rovers saw Tottenham splash out £17m for the former Arsenal prospect in the summer of 2008. Has he repaid the investment? Not even close. An argument could be made that he’s never really been Harry Redknapp’s cup of tea, but he also hasn’t been fantastic, minus a few flashes.

After an unimpressive loan spell at Birmingham City in the second half of last season, he went on loan to Championship side West Ham early this season. However, that stint would last only two starts and three substitute appearances before he was ruled out for several months due to knee surgery.

At 27, there’s still some time to get his career back on the right path and maybe even get back into the England picture, but the last few years don’t offer much encouragement for the future.

Bridge was one of the first new faces of the Roman Abramovich era at Chelsea and was a regular starter early on. But for much of the last several seasons, he’s rarely been a regular starter, first at Chelsea, then at Manchester City, where he moved for £10m in January 2009.

After a loan stint at West Ham in the second half of last season, it seemed a given that he’d leave City last summer. However, he remained there, making only a solitary Carling Cup appearance before a January loan move to Sunderland. The perfect move, right? Not quite. Instead of establishing himself as a regular for the Black Cats, he’s made only three starts in almost three months.

He’s still carved out a respectable career, which includes 36 caps for England, and he’s set for life if he’s managed his money well. Still, one can’t help but look at his career and wonder if it‘s been what it could or should be.

At some point in the future, Andy Carroll could be worth £35m and high wages.

At present, however, he is not. The promise is certainly there, as shown by his back-to-back late winners against Everton and Blackburn this month. But the investment was too much, too soon for someone who hadn’t quite matured enough as a player or a person. And a return of only eight goals from more than 40 appearances this season wouldn’t quite cut it, even if his price tag was £15-20m smaller.

He turned 23 only in January, so he has time on his side, along with great talent and potential. But right now his paycheck is 75% potential and 25% production, at best.

If you were to cast a vote for the worst summer 2011 Premier League transfer, Downing would almost certainly top the list.

Downing is a quality player, but it’d have taken a lot for him to justify the £20m that Liverpool paid Aston Villa for him last summer. And thus far, it’d be a stretch to say he’s paid even a tenth of that investment. With only three league games left, Downing has yet to record a single league goal or assist. Zero, zilch, nada, nil. He has delivered two goals and an assist in Liverpool’s run to the FA Cup Final, but no matter how you shake it, he has been a tremendous, tremendous disappointment.

Over the last few years, City have spent quite lavishly, to say the least. Some of their investments have panned out, and some haven’t.

Thus far, their £27m investment on Dzeko hasn‘t panned out as perhaps expected. After only six goals in 21 appearances last season after joining from VfL Wolfsburg in January 2011, he had a torrid start to this season, matching that total in his first three matches. But he hasn’t been able to keep it up, scoring only three goals in his last 19 league appearances after notching 10 in his first nine. Dzeko is no doubt a fine striker, but the presence of Sergio Aguero, Mario Balotelli, and Carlos Tevez certainly don‘t give one much margin for error, and there’s a high chance he leaves the club in the summer.

Where, oh where, to start with Monsieur Gignac? His long-term weight issues? The disrespectfulness to his manager that earned him a few days with the reserves earlier this season? Or his lack of goals?

To be frank, Andre-Pierre Gignac has had all of one great season, the 2008/09 campaign in which he scored 24 league goals for Toulouse. So it could be said that the £13m Marseille paid for him in the summer of 2010 was a bit much, especially when you consider PSG were able to land Kevin Gameiro this past summer for just a little more than £9m.

Gignac was a Marseille supporter since childhood, so this was supposed to be a dream move. But to this point, he‘s been a colossal nightmare. Last season, he netted 12 goals in all competitions, but he never found any consistent form. This season, he’s been downright atrocious. In more than 20 appearances – most of which have been from the bench – he’s scored only once, in a Coupe de la Ligue win over Lens in October.

Along with a failed last-minute move to Fulham in the summer, Gignac reportedly turned down a January move to Everton, saying he’d only leave Marseille for a club like Manchester United. However, he needs to do far better to have a chance at such a club. If he doesn’t step it up soon, he’ll end up low on salary and high on regret.

When Lyon forked out £18m for Gourcuff in August 2010, they were likely expecting more seasons like the two impressive campaigns he had for Bordeaux. To date, he’s fallen well short.

Last season, Gourcuff scored only four goals and notched five assists in 36 appearances for Lyon. This season, injuries prevented him from debuting until October, and an adductor injury in February against APOEL sidelined him until recently. When he has been on the pitch, he hasn’t delivered, producing only one goal and one assists in all competitions.

With all of the high fees that Lyon have received for star players over the last several years, their finances won’t be hurting if they have to take a sizable hit on Gourcuff. Still, Jean-Michel Aulas will be hoping that the former AC Milan starlet can at least somewhat show why he commanded such a high fee two summers ago.

Three seasons ago, Stephen Ireland looked like one of the English Premier League’s rising stars, as he was in stellar play-making form for Manchester City.

But City’s lavish spending, a dip in form, and the arrival of Roberto Mancini the next season brought his ascension to a screeching halt. He moved to Aston Villa as part of City’s move for James Milner in the summer of 2010, but he was dropped a few months into the season, and then-manager Gerard Houllier publicly called him out for a lack of all-around effort.

Ireland moved to Newcastle United on loan in January 2011, but he didn’t debut until mid-April and made only two sub appearances before a season-ending ankle injury. He’s returned to the Villa fold this season under Alex McLeish and has shone in spots, but he’s also had his bad moments, like telling McLeish to ‘fuck off’ during a February defeat at Newcastle.

He has the talent to be a difference-maker in Villa’s push to avoid the drop and delivered a quality performance against Sunderland a week ago. But if they fail to stay up, his high wages make it highly likely that he’ll be on his way out in the summer.

You never like to kick a man when he’s down, but Jenas has not been what he could be.

Jenas used to be a fairly regular scorer and provider, but since the start of the 2009/10 season, he has all of one goal and notched only a few assists. Spurs loaned him out to Aston Villa at the end of last August, and he didn’t make his debut until November due to thigh and Achilles issues. After two substitute appearances, he made his first Villa start at home to Manchester United in early December… and lasted a little more than an hour before being stretched off with what proved to be a season-ending Achilles rupture.

Worse yet for Villa, they’ve reportedly been stuck paying his wages, which are £45k per week, for the duration of the season. That means that they’ll fork out more than £1m in wages for someone who played less than 120 minutes of football for them. Ouch.

For several years, Toni was known as one of Europe’s deadliest strikers, banging in more than 150 goals for Palermo, Fiorentina, and Bayern Munich in a six-season stretch. But as his career winds down, he’s been getting paid a lot to do very little.

Last season, he joined Genoa on a free transfer from Bayern, and he scored only three league goals in 16 appearances before moving to Juventus for free in January 2011. That move didn’t pan out so well, as he scored only twice in 14 league appearances in the second half of last season. This season, he didn’t feature at all for Juve in the first several months of the season, so it wasn’t a surprise to see him depart in January. But he hasn’t been as much of a hit for UAE side Al Nasr thus far as they might have hoped for, with only four goals from his first 10 appearances.

Related Posts:
Top 10 Most Expensive Transfers in Football
Top 10 Most Indebted Clubs
Top 10 Largest Football Stadiums
Beyond Lionel Messi: An Alternative List of the Best 25 Footballers in the World