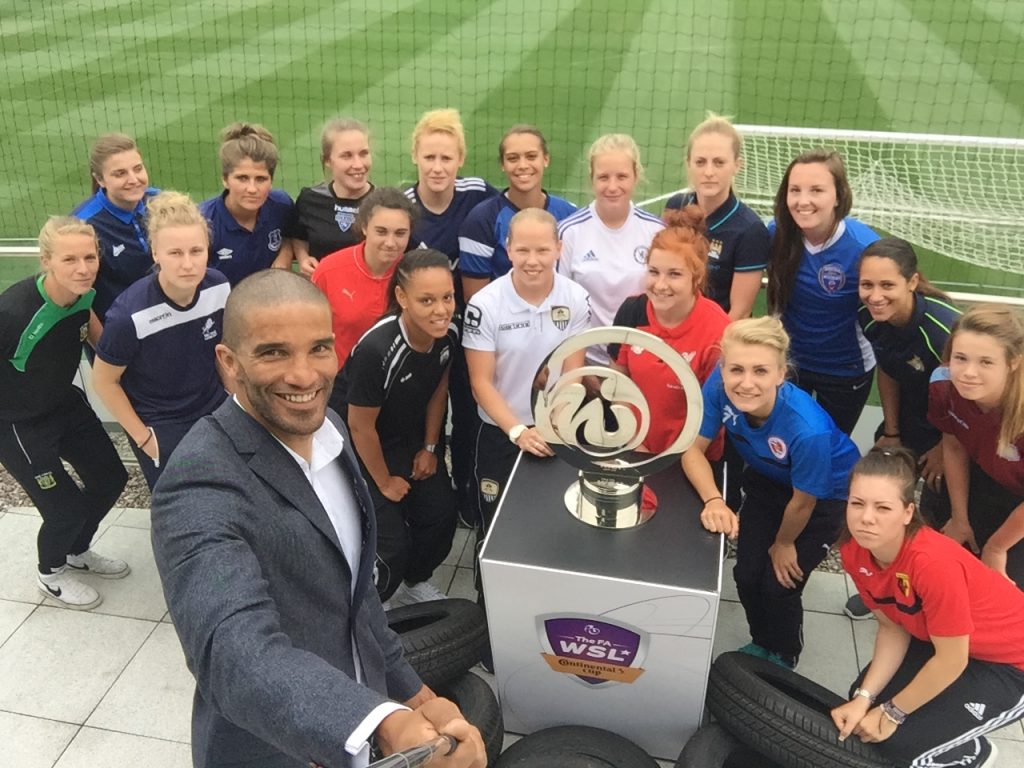 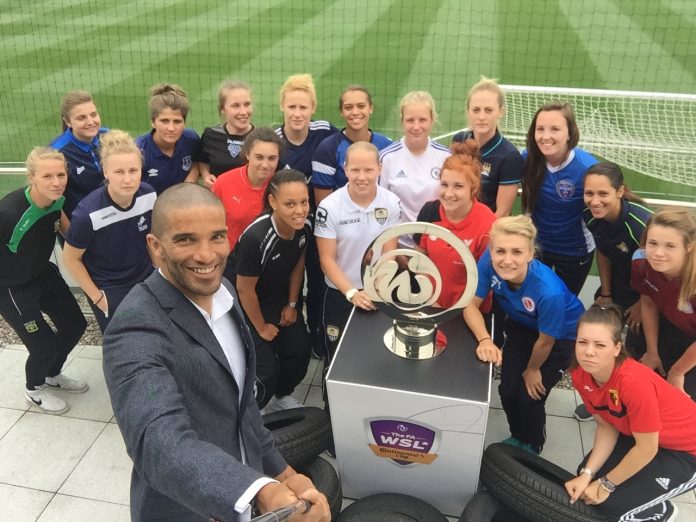 The Continental Tyres Cup begins on July 21 with teams battling it out over the coming months for the spectacular piece of silverware, previously won by Arsenal and Manchester City. Clubs in the newly branded competition will now face an extra-knock out stage, with the introduction of the Quarter-Finals after the group games.

With the #ContiCup being the last trophy opportunity of the season, it is the final tournament for teams from both FA WSL1 and FA WSL2 to go head-to-head to prove their skills.

Ex-England and Liverpool goalkeeper David James joined players from each of the 18 FA Women’s Super League clubs for the launch of the Continental Tyres Cup at St. George’s Park.

It’s a fun, refreshing and watchable 4-minute video that is far better than the ads that usually accompany men’s football. Take a look below:

The relevant quotes from the FA and the sponsors:

Kelly Simmons, FA director of national game and women’s football: “We’ve looked to freshen up the competition this year and by introducing the extra knock-out stage, we think it will make the cup even more exciting for both supporters and clubs.

“Continental Tyres have been a big supporter of the women’s game since the start of the FA WSL in 2011 and we look forward to working with them this season to make this season’s competition the best yet.”

Peter Robb, Continental Tyres UK, marketing communications manager: “Continental Tyres are delighted to be part of this exciting competition for the fifth year running, and we are looking forward to what promises to be the most successful tournament to date.

“The continual rise in attendance figures over recent tournaments clearly demonstrates the growing appetite for the Women’s game in this country.

“Our fifth season brings an even bigger tournament with the addition of an extra knock out round, putting even more focus on the teams’ performance, as they compete to be in the season’s concluding cup final.”

To find out more on the competition, please visit: http://www.fawsl.com/news/fa_wsl_continental_tyres_cup.html.