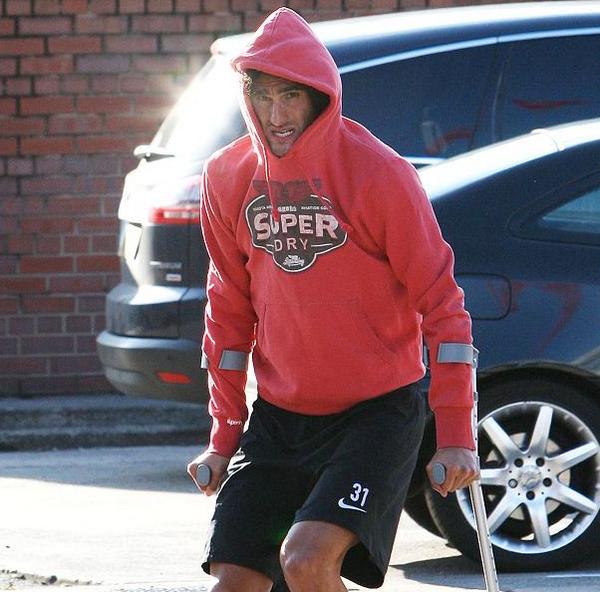 Manchester United midfielder Marouane Fellaini has suffered an ankle injury during training and has been left on crutches, as you can see in the picture.

This injury can have a major impact on the transfer market. Fellaini has been targeted by Italian giants Napoli.

It was understood that Fellaini, who joined last season from Everton on the transfer deadline day, doesn’t hold any long term future under Louis van Gaal, and that Napoli were waiting for his final decision.

At this moment, there is official news from Manchester United about the severity of his injury but should he remain out for 4-6 weeks, his hope of moving to Naples should be all but over.