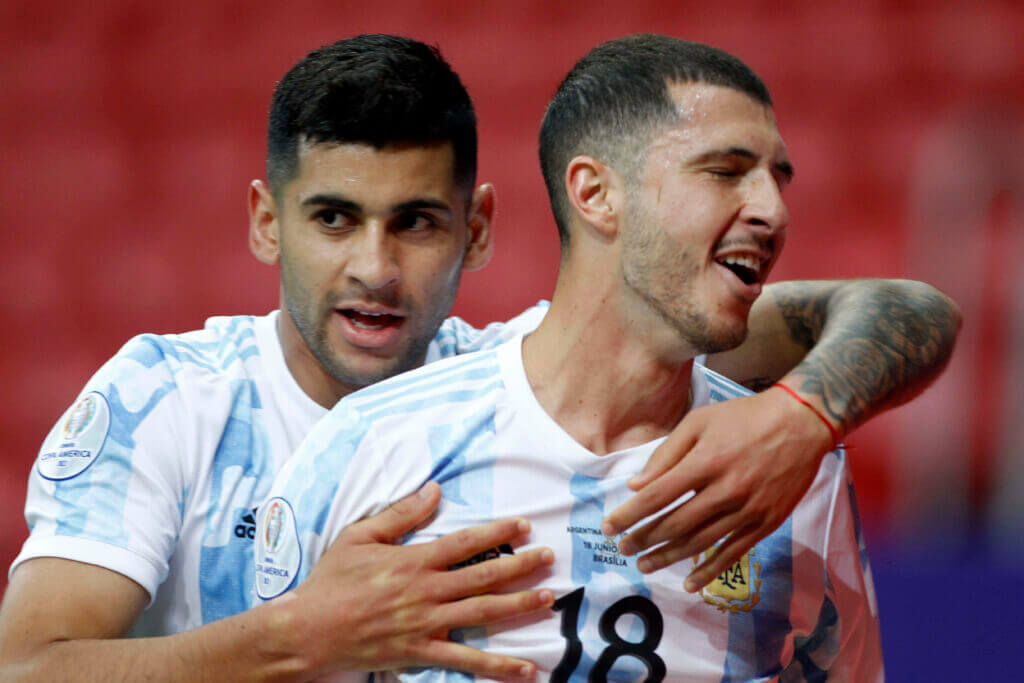 Liverpool could sign Real Betis ace Guido Rodriguez for a bargain fee this summer, according to a report from Estadio Deportivo.

Reds boss Jurgen Klopp is keen on strengthening his ranks at Anfield this summer.

That is obvious after Gini Wijnaldum left Liverpool to link up with Paris Saint-Germain on a free transfer.

Liverpool to move in for Rodriguez?

The Reds can sign the 27-year-old Argentina international for a paltry £8.5m. That really is excellent value.

And with the Merseyside outfit not as flush with cash as they once were, Rodriguez could be a useful option for Klopp.

He made an average of 46.6 passes per match and recorded an impressive completion rate of 84%.

At 27, Rodriguez is nearing the peak of his powers. Klopp usually likes to buy players younger and mould them into exactly what he wants.

However, £8.5m for the Argentinian ace seems like too good a deal to turn down.

He would be a very worthwhile acquisition for Klopp this summer.