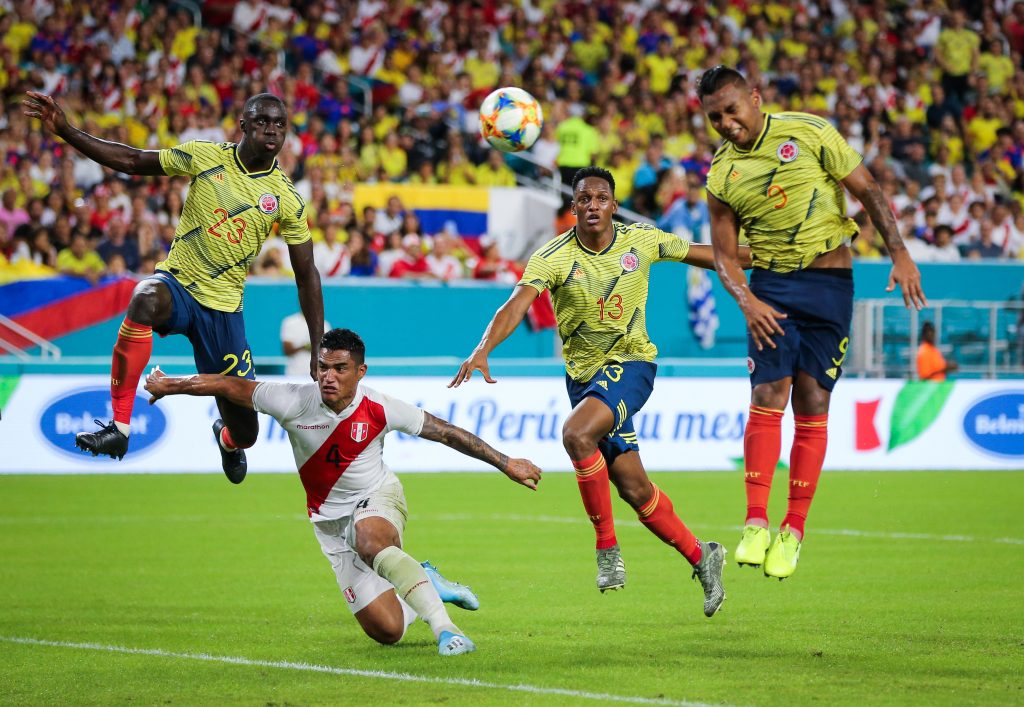 Colombia and Peru return to action at the Copa America 2021 as they meet each other at the Estadio Olimpico Pedro Ludovico on Monday.

Both teams will be looking to trouble the scoreboard after drawing a blank in Thursday’s Copa America doubleheader, as the Colombians enter this round unbeaten in their last five group stage matches at the tournament (W4, D1).

Meanwhile, seeking their tenth consecutive qualification for the Copa America knock-outs, the Peruvians will be desperate to halt their bleak form against Colombia.

The Colombians have accrued a win and a draw from their opening two Copa America 2021 fixtures, with each match featuring under 1.5 total goals.

Heading into this meeting, Los Cafeteros are unbeaten in their last four international games (W2, D2), a sequence that also includes a 3-0 thrashing of Peru in the 2022 World Cup qualifying campaign.

Particularly lethal down the final stretch of the first half, Colombia have found the back of the net between the 40th minute and half-time in three of their last five outings.

Everton defender Yerry Mina has helped Reinaldo Rueda’s side keep a clean sheet in both group stage fixtures at the Copa America 2021.

Tottenham’s Davinson Sanchez partnered Mina in Colombia’s goalless draw with Venezuela on Matchday 2 that saw La Vinotinto attempt just two shots on goal without a single one on target.

Despite his team’s lucklustre attacking displays at the tournament, Rueda has yet to hand Rangers forward Alfredo Morelos a single minute of Copa America action so far.

After starting the Matchday 1 encounter on the bench, Atalanta duo Duvan Zapata and Luis Muriel began Colombia’s game against Venezuela without making a goal contribution.

Peru’s dire form continued in their Copa America 2021 opener as they suffered a humiliating 4-0 loss to reigning South American champions Brazil on Matchday 1.

Since finishing runners-up to the Selecao in the last Copa America edition, the Peruvians have lost eight of their 12 international matches in all competitions (W2, D2).

Peru’s ponderous first-half performances during that 12-game sequence witness them register just a single goal before half-time, unsurprisingly trailing at the break in each of their last four defeats.

Curiously, two of their four losses via a 3+ goal margin in 74 outings since the beginning of 2015 have come at the hands of Colombia, including a 3-0 thumping in their most recent encounter earlier in June.

Gianluca Lapadula’s Benevento suffered relegation from Serie A in 2020/21, though the 31-year-old remains the standout individual in Ricardo Gareca’s squad.

Peru’s last victory over Colombia within regular 90 minutes of play dates back to their World Cup qualifying match in August 2001, with La Blanquirroja going winless in their subsequent 18 encounters (D9, L9).

Since ousting Los Cafeteros in the quarter-finals of the Copa America 2011 in extra-time, the Peruvians have failed to get on the scoresheet in eight of their ten meetings with Colombia.

Since the turn of 2019, Gareca’s men have lost all three international H2Hs by an aggregate score of 7-0.