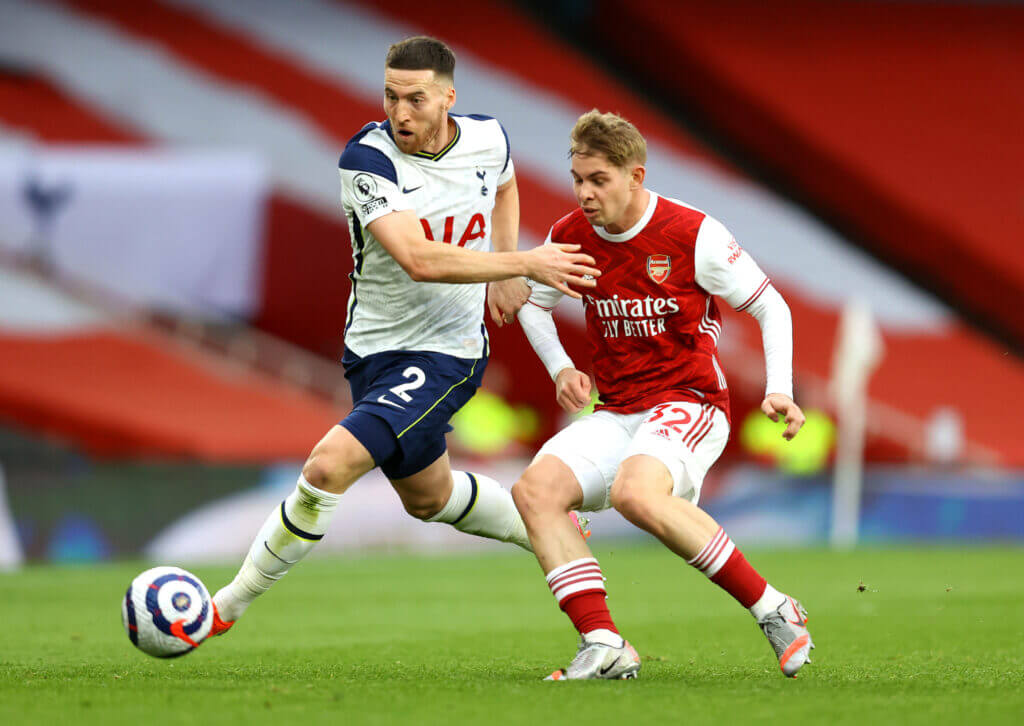 Wolverhampton Wanderers are looking at the prospect of re-signing Matt Doherty from Tottenham Hotspur this summer, Football Insider reports.

Doherty left Wolves after a decade to join the north London giants last summer, but the move has not worked out as planned.

The 29-year-old has registered four assists from 27 appearances, but there have been question marks regarding his defending.

It is now reported that Wolves are open to the prospect of re-signing Doherty, who could be shown the exit door by Spurs after just one season.

Spurs paid around £16 million to sign Doherty last summer, and it is claimed that Wolves will seek to negotiate a lesser fee for his return.

Doherty was hugely successful during his final two seasons with Wolves, where he was largely deployed in the right wing-back position.

However, he has featured in the right-back role at Spurs, and the additional defensive duties have restricted his contribution higher up the field.

Meanwhile, his positioning and decision-making have also been questionable.

One prime example was against Arsenal last weekend, where Emile Smith Rowe and Kieran Tierney regularly found space behind him.

Meanwhile, summer signing Nelson Semedo has started to find his feet with Wolves after a slow beginning to his career.

Despite this, the club are exploring the possibility of re-signing Doherty, who may benefit from playing in his preferred position.

Doherty and Wolves boss Nuno are both represented by Jorge Mendes, which could boost the club’s prospects of re-signing him.