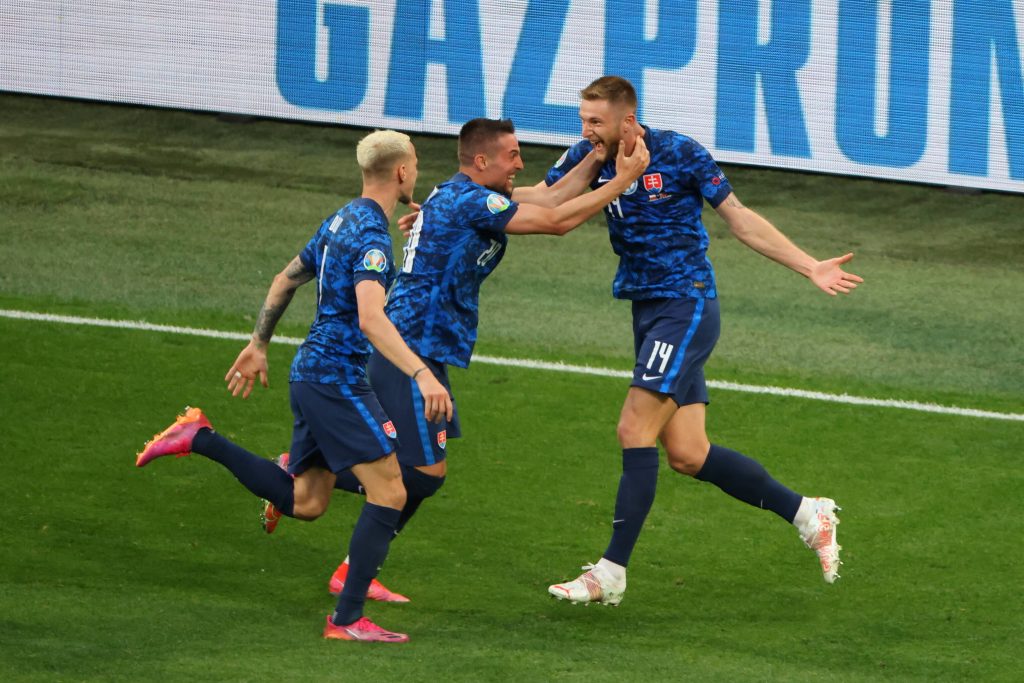 Slovakia will be aiming to claim back-to-back wins at Euro 2020 when they take on Sweden at the Krestovsky Stadium on Friday.

The Slovakians go into this match on the back of a tight win over Poland, looking to pick up consecutive triumphs at the European Championship for the first time.

On the other hand, Sweden fought tooth and nail to avoid defeat against Spain but will have to show more urgency in the front third if they are to open their account at Euro 2020.

Despite having just 25% of the ball and failing to attempt a single shot on target, Sweden held Spain to a goalless draw in their opening game of Group E.

Although a draw with Spain ended their five-match winning streak, it has seen Janne Andersson’s men record a fifth shutout in six international outings.

Manchester United defender Victor Lindelof was impressive against the former European champions and will be looking to build on that performance against Slovakia.

The Red Devils star will try to help his team maintain a solid defensive record against Slovakia in the 21st century.

The Blagult have kept a clean sheet three times in their five meetings with the Slovakians since the turn of the millennium.

However, scoring could be a problem for Sweden as they have netted one goal or less in two of their previous three matches against this opposition.

Slovakia exceeded expectations in their Group E curtain-raiser, overcoming Poland 2-1 to record only their second win at the European Championships.

Stefan Tarkovic’s men head into this encounter unbeaten in six international games in a row (W2, D4), last enjoying a longer such streak in 2016.

But, much of the credit for keeping the Bayern Munich star at bay has to be pinned on Inter Milan’s Milan Skriniar, who had an exceptional game against Poland.

In addition to protecting his goal against one of the deadliest forwards at the tournament, the 26-year-old scored the winning goal to boost his side’s hopes of qualifying for the knockout stage.

Previously linked with several Premier League sides, Skriniar has found the net three times in his last four appearances for the national team.

Sweden and Slovakia have never met at a major international tournament before.

Backed by a strong start to the competition, Slovakia will be looking to post their first-ever victory over Sweden, having failed to win any of their previous five encounters (D3, L2).

Excitement could be in short supply, though, as each of their last four meetings has featured under 2.5 goals.