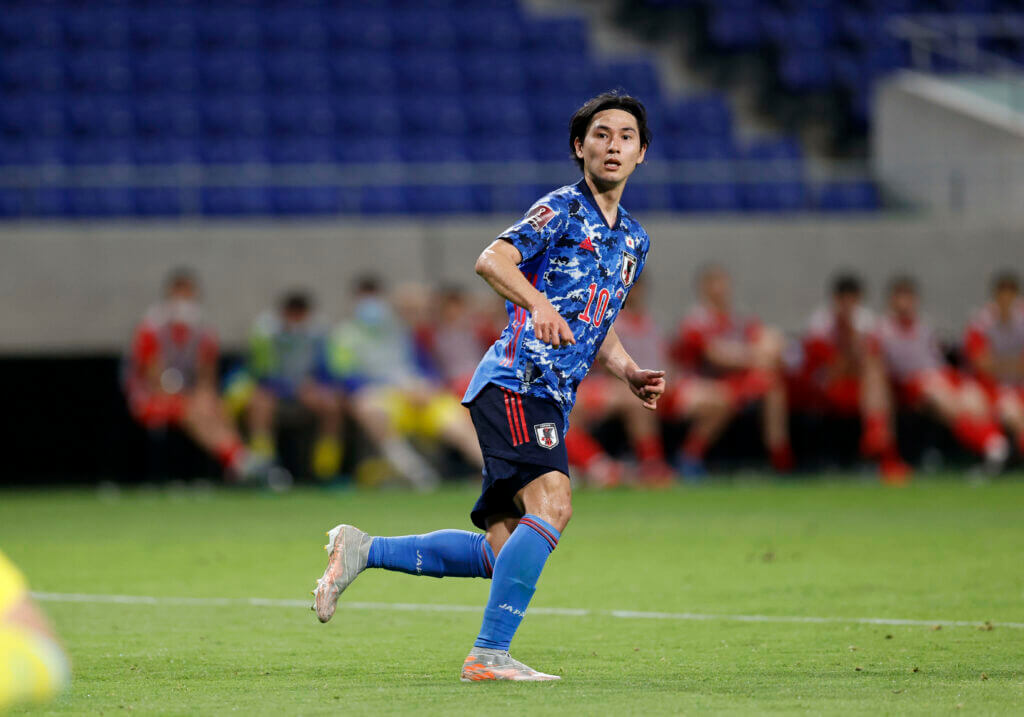 Southampton are interested in signing Takumi Minamino permanently this summer from Liverpool.

The Saints boss Ralph Hasenhuttl has confirmed that the club have held talks with Liverpool over a deal for the Japan international.

Minamino, who scored for Japan this week, spent the second half of last season on loan at St Mary’s where he made a strong impact.

Liverpool secured the signing of Minamino for £7.25 million in January 2020.

He struggled to adjust to the new system, scoring four goals in 31 games over the course of 12 months.

Jurgen Klopp said back in November that Minamino is a “great player”, but it’s hard for him to get into the team. He was then loaned to Southampton in January.

While he played only 10 times for Southampton, goals against Chelsea and Newcastle United have convinced the Saints boss to keep him permanently.

Hasenhuttl told HampshireLive: “The most important thing for him is that he gets a chance to play.

“We have had talks with them, and they are not so sure what will happen with him because Liverpool may make some things happen in the transfer market.

“For him, it was important to play here. We gave him that chance to play, and we have enjoyed having him here.”

The Reds boss suggested that Minamino is a part of his long-term plans at Anfield and that he would be an important player for the team in the future.

Klopp told the Mirror: “He’s done really well [at Southampton], and this is no surprise.

“When we allowed him to go in January, it was a tough call to make because he is an important player for us and will be again in the future, no doubt.”

Liverpool have already signed Ibrahima Konate RB Leipzig for a fee in the region of £30m, and the Reds are expected to make more additions.

James Peace wrote recently that further arrivals after Konate will be influenced by how much is generated from player sales.

Minamino is a bankable asset, and Liverpool could ask for anything between £15m-£20m, if not more, given he has a contract at the club till 2024.

Read: Barcelona are prepared to sanction the sale of Sergi Roberto.