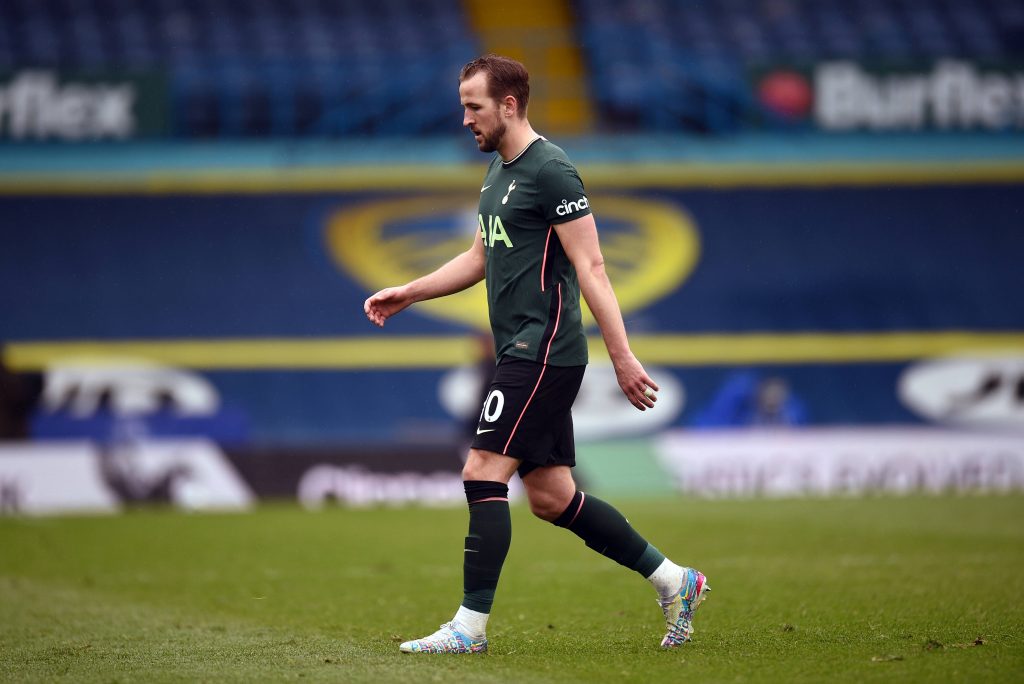 Richard Keys has claimed that Harry Kane will leave Tottenham Hotspur this summer.

Spurs suffered a 3-1 loss at Leeds United on Saturday, and their hopes of playing Champions League football next term look to be over.

The north Londoners are seven points off the top-four with three games to go, and another defeat will end their chances of playing in Europe’s elite competition in 2021-22.

Kane is understood to be keen on leaving Tottenham if that happens, and Manchester United are reportedly lining up a £90 million bid ahead of the summer transfer window.

Keys believes Spurs might be better off cashing in on the England international to rebuild their squad.

He has revealed what former Arsenal manager Arsene Wenger told him about needing to do something similar while in the Premier League.

“Kane goes – that’s for certain now, and he’ll go with the blessing of Spurs fans,” the veteran broadcaster said.

“They know he’s finished his shift. And what a shift. That creates £90m to spend. Or does it? I couldn’t help but be reminded of what Arsene Wenger told me recently during an interview on beIN SPORTS.

“We were discussing the last decade of his time at Arsenal – the post-Highbury years.

“I couldn’t believe it when he said ‘because of the stadium debt I knew every season that we couldn’t complete for the title (and here’s the bit that nearly had me fall out of my chair) and at the end of that season I’d have to sell my best player to keep the club afloat’.

“Wow. Staggering. Looking back – how well did he do to keep it all going – deliver CL football – and three FA Cups in his last four seasons?”

Tottenham really need major squad additions and upgrades this summer if they want to start challenging for silverware and the top-four again, and cashing in on Kane might be the best way to raise much-needed transfer funds.

Chairman Daniel Levy will definitely play hardball with any club trying to sign the 27-year-old this summer, and it will be interesting to see how things go.

Someone with the goalscoring prowess and overall quality of Kane deserves to win trophies and play regularly in the Champions League, and Spurs should not stand in his way if he wants out in the summer.