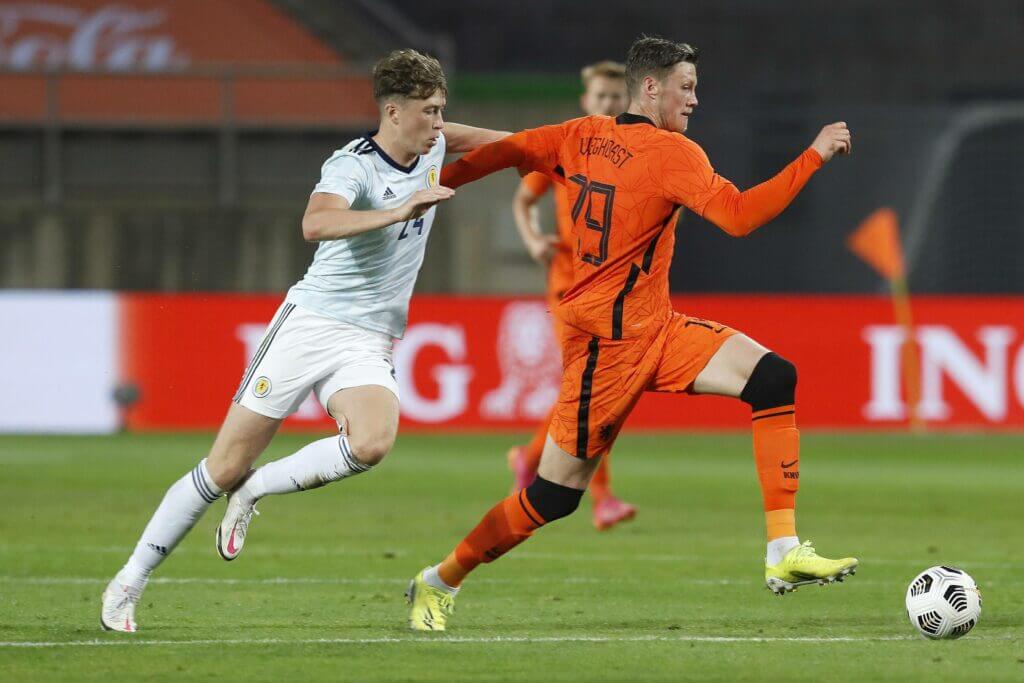 Celtic defender Jack Hendry is likely to leave the club this summer.

The Bhoys are set for a massive rebuilding process, with the club ready to offload several fringe players to make room for new additions.

According to reports from the Daily Record, Belgian side Oostende have activated the option to sign Hendry on a permanent deal for £1.75 million.

Hendry, who failed to produce much at Parkhead, joined Oostende on loan last season where he made a strong impact.

The Scotland international defender is currently starring for the national team ahead of Euro 2020, but he finds himself in a curious situation.

Having decided to sign him permanently, Oostende could earn a quick profit on the Celtic defender with a host of clubs interested.

Leeds United: It is unlikely that Leeds will sign a new defender this summer.

Newcastle United: The Magpies have been linked with a move for Kristoffer Ajer this month, but Daily Mail has now reported that a deal is unlikely.

Steve Bruce is looking to sign a defender – Ajer’s teammate wouldn’t be a bad option.