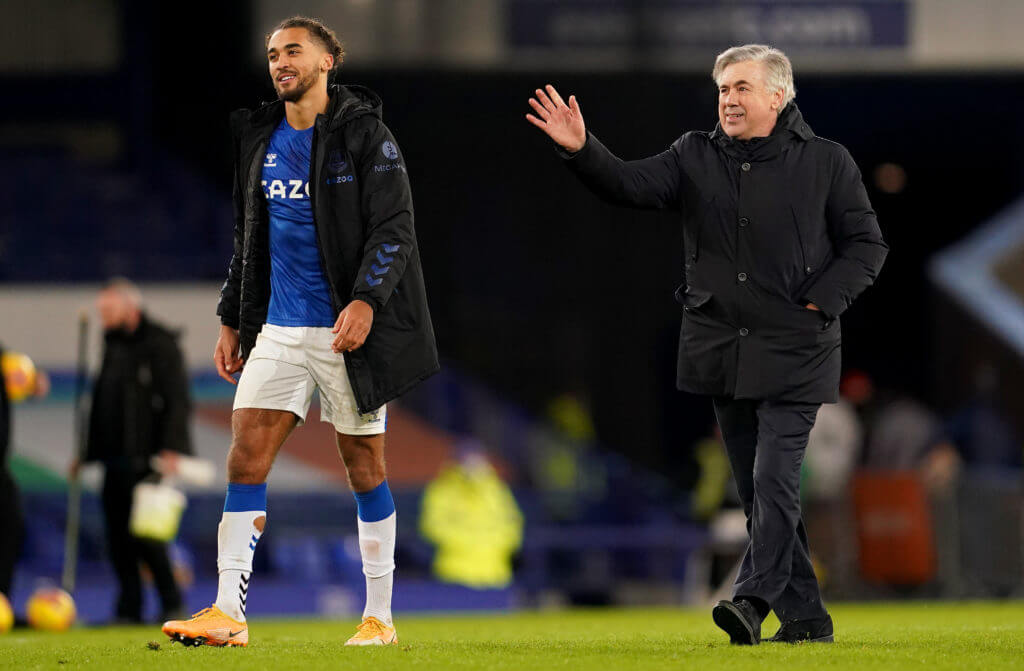 Manchester United have recovered brilliantly after a stuttering start to the season, and could find themselves just two points behind Champions Liverpool if they win their game in hand.

The Red Devils may look to bolster their squad in January, as another Bruno Fernandes-type signing could help them mount a genuine title challenge this term.

According to reports from The Athletic, signing a striker is a priority for United next month. Erling Haaland of Borussia Dortmund tops Ole Gunnar Solskjaer’s list, and the Red Devils boss has been trying to sign him for a long time.

The report claims that another option for United could be Dominic Calvert-Lewin. The Everton striker has been in red-hot form this season, scoring 11 goals in 14 Premier League appearances.

The 23-year-old has admirers at Old Trafford, but it is highly unlikely that the Red Devils will be able to lure him away from the Merseyside club.

Calvert-Lewin has progressed immensely under Carlo Ancelotti at Everton. He signed a new contract at the club in March this year, and the club rates him rightly.

Everton are building a solid foundation for the future, and Calvert-Lewin is an integral part of their long-term project. Good at aerial duels in open play, shooting and clinical finishing, Calvert-Lewin fits the bill at Old Trafford.

United will not only have to pay around or more than £75 million fee (the amount they paid to Everton to sign Romelu Lukaku) for Calvert-Lewin, it will require a massive effort on their part to lure him away from Goodison Park.

In fact, The Athletic reports that any potential sale would do irreparable damage to the relationship between manager and board and that Everton hierarchy would not accept any offers at all for the young striker.