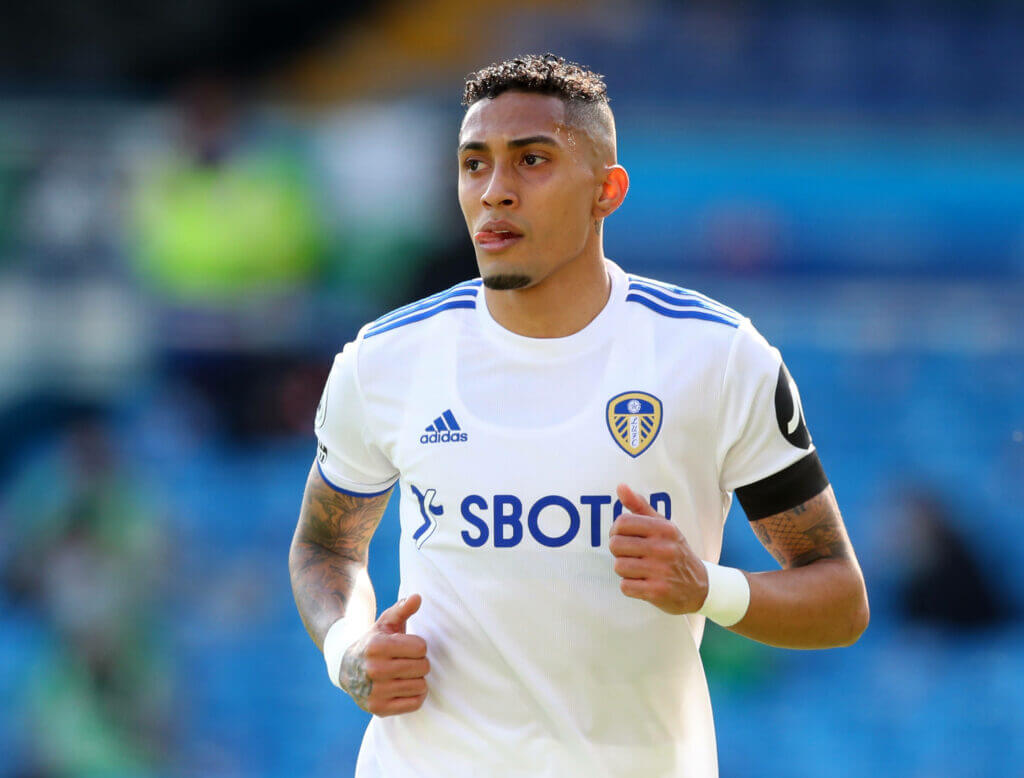 Popular football journalist Phil Hay has claimed that there has been no concrete interest in Leeds United star Raphinha.

The 24-year-old joined Leeds in the summer transfer window from Rennes for a fee of £17 million.

The Brazilian has been superb for the Whites, bagging six goals and six assists in the Premier League this season.

His impressive form has caught the attention of several top clubs, including Liverpool.

Back in February, popular journalist Gianluigi Longari claimed that the Reds are interested in signing the skilful winger.

He claimed that the Reds could face strong competition from Manchester United and other clubs, but Leeds are determined to retain his services.

Hay has now told the Athletic’s YouTube channel that the rumours are wide of the mark, as there hasn’t been any concrete interest in him from top Premier League clubs.

“In terms of Raphinha, the last time I asked about him there had been no contact of note,” he said. “For all the links to the various clubs, particularly the top four in England, there was nothing behind it.

“But you have to be sensible enough to know it all depends on who bids what and when they bid.”

Liverpool are expected to bolster their attacking ranks in the summer, and new signings are required.

Raphinha has impressed in the Premier League, and he could be a smart signing for the Reds. He has a contract at the club until 2024, and Leeds are under no pressure to sell him.

The forward seems to be enjoying his time at Elland Road, but Leeds could be tempted to offload him if they receive a massive offer.

In other news, Mark Lawrenson has predicted the outcome between Manchester City vs Leeds.