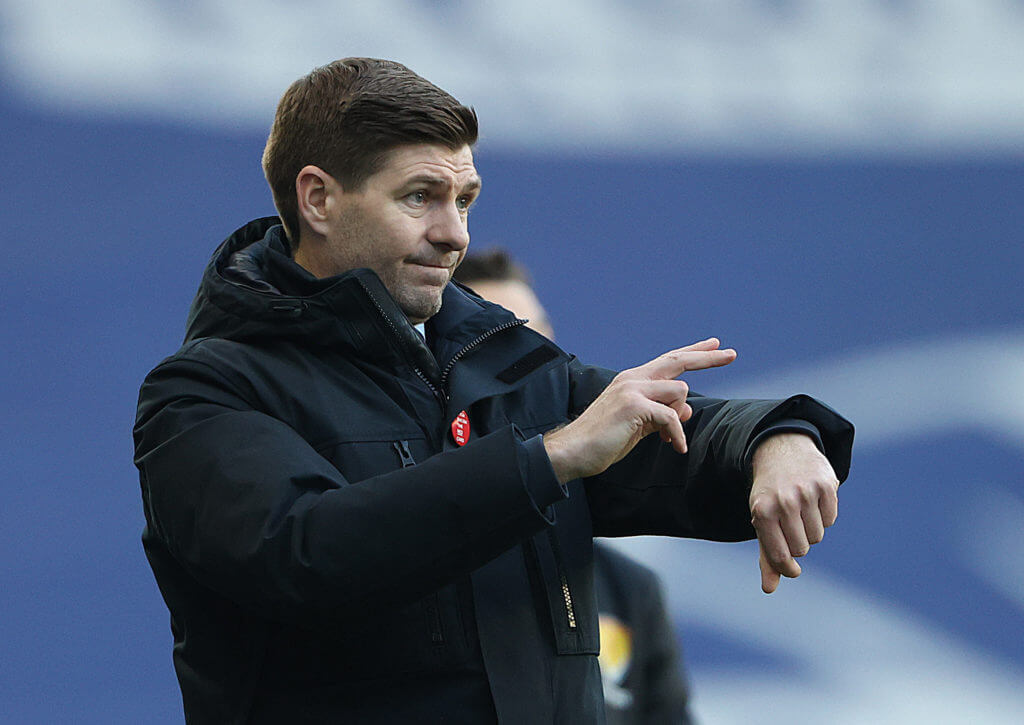 Leeds United head coach Marcelo Bielsa is yet to renew his contract – which expires at the end of the season – at Elland Road.

The Argentine has always signed one-year deals since joining the Whites, and that is not likely to be different this time around.

Leeds are optimistic that Bielsa will put pen-to-paper on a new deal. However, he will not be around forever, and the Yorkshire club are definitely preparing for his inevitable departure.

The Athletic’s Leeds correspondent Phil Hay was asked who the club would have on their shortlist to replace the Argentine or the type of coach they would go for when he leaves.

The Whites insider mentioned Rangers manager and Liverpool legend Steven Gerrard as one to watch out for as far as the future Leeds job goes.

“There have been links with Steven Gerrard up at Rangers as well, and I really don’t think it will be very long before we see Gerrard down at the Premier League,” Hay said on Ask Ornstein.

“But ideally, they will like somebody who can pick up what Bielsa has done and carry it forward.”

Gerrard is currently making a name for himself at Rangers, having recently led the Scottish Premiership giants to their first league title in 10 years and their 55th top-flight title overall.

The 40-year-old is expected to move to the Premier League soon, and while he has been tipped to manage Liverpool one day, that might have to wait for later.

Leeds would love to land a manager capable of taking them to the next level once Bielsa leaves, and Gerrard is proving himself as being capable of such a job right now at Rangers.

Bielsa remains the perfect man for the Leeds gig, and he is most likely keen on managing them for at least one more season in the top-flight.

Nobody knows exactly when the Argentine will call time on the job, but whenever he does the Peacocks will hope to land the perfect replacement.

In other news, Leeds duo are reportedly set for new deals.