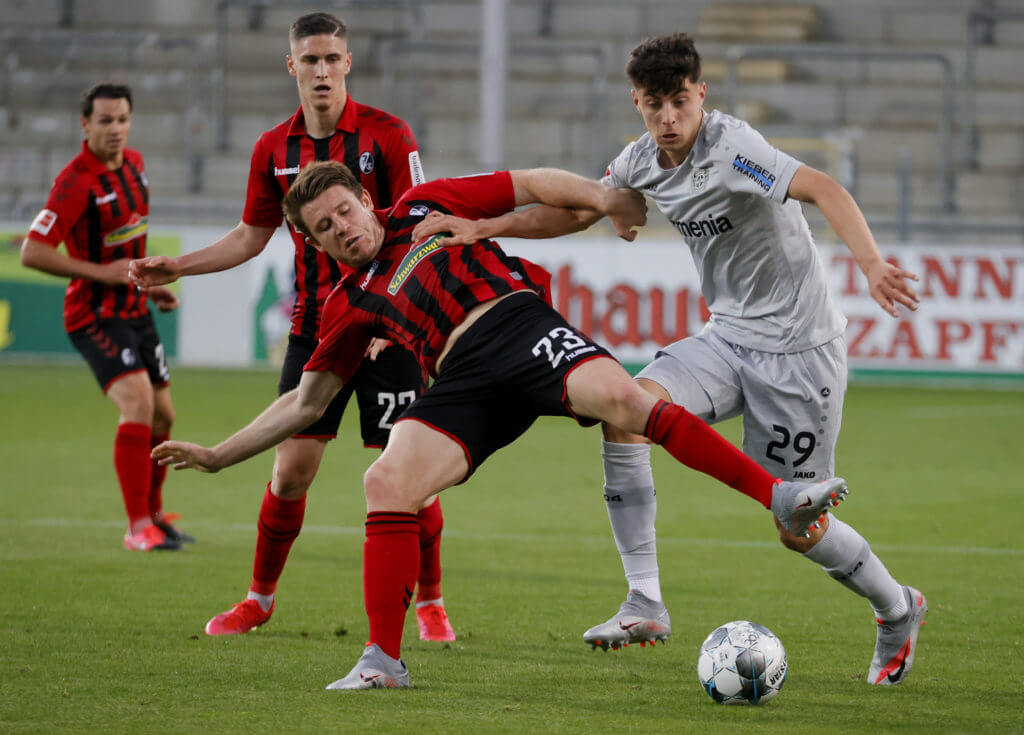 According to reliable journalist and transfer expert, Nicolo Schira, Chelsea are in the front row to sign Kai Havertz.

Schira claims that a host of mega-rich clubs are keen to sign the 21-year-old midfielder who has impressed this season for Bayer Leverkusen.

The journalist claims that the likes of Manchester United, Real Madrid, and Bayern Munich are ‘really’ interested in him, but Chelsea are leading the race for his signature.

#Chelsea still in the front row for Kai #Havertz and continue to court him. Also #BayernMunich, #ManUnited and #RealMadrid are really interested in him, but #Blues at the moment lead the race. #transfers #CFC

Chelsea are looking to spend big in the summer transfer window. The Blues have already paid £54m to secure the signing of Timo Werner and it looks like they are now moving for Havertz as well.

Earlier this month, Sportsmail reported that any potential buyer would need to pay at least £90 million to have a chance of signing Havertz.

With Jadon Sancho still remaining one of Manchester United’s prime targets, it remains to be seen whether the Red Devils make any concrete effort to sign the young midfielder.

The youngster can play as a central midfielder, central attacking midfielder, striker, right-sided midfielder or a right-winger. He has scored 16 goals in all competitions this season for the German club and has provided eight assists as well.

As it stands, Chelsea are leading the race for his signature. Liverpool have been linked with a move as well, but it’s highly unlikely that the Reds will go for him.