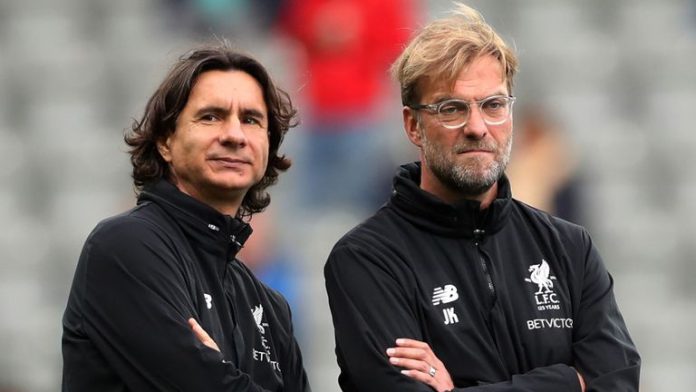 Liverpool’s assistant manager Zeljko Buvac is expected to take over at Arsenal next season.

Earlier this week, Liverpool confirmed that the Bosnian will be away for the rest of the season due to personal reasons and sources in Bosnia have now revealed that he will replace Wenger at Emirates.

As per the report (translated by SportWitness), everything is in place for the move to go through.

It will come as a huge blow to Liverpool and Jurgen Klopp. When the German arrived in England, he described Buvac as a close friend and as the ‘brains’ of Klopp’s team. Buvac will be fully aware of Klopp’s plans and targets for next season.

The Bosnian will join Sven Mislintat (head of recruitment) at Arsenal. The duo have worked together at Dortmund and they will be looking to replicate that success at Emirates now.

The reports claiming the Buvac story were the first to break the news of Klopp heading to Liverpool as well.

It seems that Klopp will have to get himself a new assistant in the summer. Buvac’s departure at this stage of the season could prove to be a damaging blow. The Reds are a few weeks away from a Champions League final if they manage to get past Roma tomorrow.