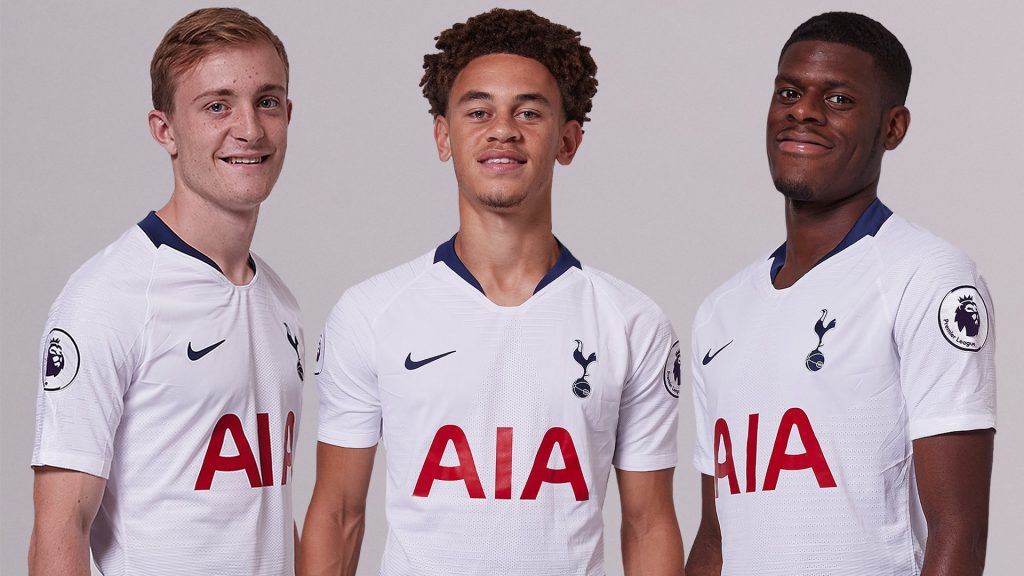 On Wednesday morning, we reported that Tottenham Hotspur confirmed the contract extensions of young trio Timothy Eyoma, Luke Amos and Oliver Skipp, and some supporters are delighted with the news.

Eyoma is an England u18 international who has made 22 appearances for Tottenham’s reserve team. The 18-year-old right-back has Kieran Trippier and Serge Aurier ahead of him in the pecking order, but in time he’ll surely hope to follow in their footsteps.

Amos, 21, is also an England u18 international and has made a staggering 50 appearances for the reserves. After loan spells at Stevenage and Southend United, he’ll be hoping this new deal means he could get a chance in the Tottenham first-team.

Skipp is 17 and another who players for the reserve team, having made 20 appearances. He could be one for the future. All three players have signed contract extensions keeping them at Tottenham until 2021.

There may have been a minor fallout from supporters over the lack of first-team signings made over the summer, but Spurs’ bright start has proven the squad is more than capable. Focusing on the next generation clearly remains a priority for the Lilywhites too.