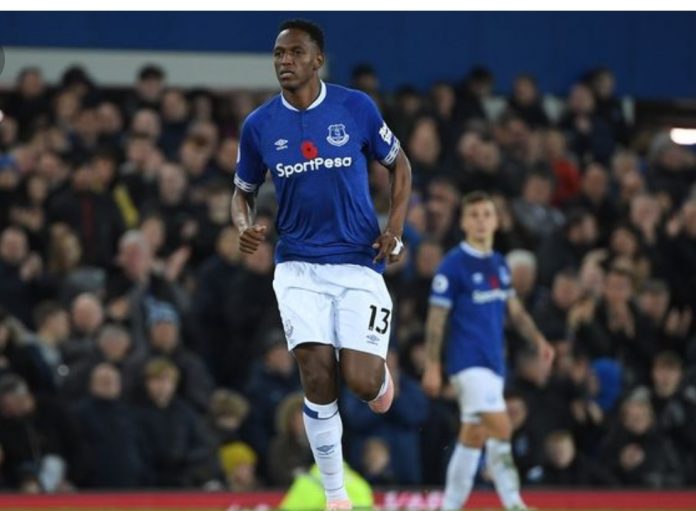 Yerry Mina wrote himself into English football’s record books when he opened the scoring in Everton’s 5-1 victory at Turf Moor yesterday.

The Colombian defender scored The Toffees 7000th top-flight goal. A strike that makes them the first club to reach the milestone, according to Sky Sports.

It was the 24-year-olds first goal for the club, one he will forever cherish, even more so due to the significance.

Asked about the goal, the Colombian international told Sky Sports of the pride he felt. He said:

“I am so proud to score such a significant goal for the football club. For me, personally, it was a special goal but it is also a celebration of all the famous names who have scored for this great team”

Everton are a sleeping giant that are desperate to wake up and become a challenger. Mina has no doubt what it means to The Toffees, emphasising their status as a big club.

“To be the first club to reach 7000 goals demonstrates what I knew when I arrived here – that it is an important club with a big history.”

Everton’s cause could be helped by recent news of a move to a new stadium at Bramley-Moore Docks. Therefore, giving fans belief that the club are moving in the right direction.

For now, they are back in action on Saturday with a trip to Brighton. Everton are eighth in the Premier League, and will be hoping the comfortable win at Burnley will be a catalyst to firing the club into contention for a European spot.

The Boxing day success ended a run of five games without a victory, stretching back to a 1-0 win against Cardiff City in late November.