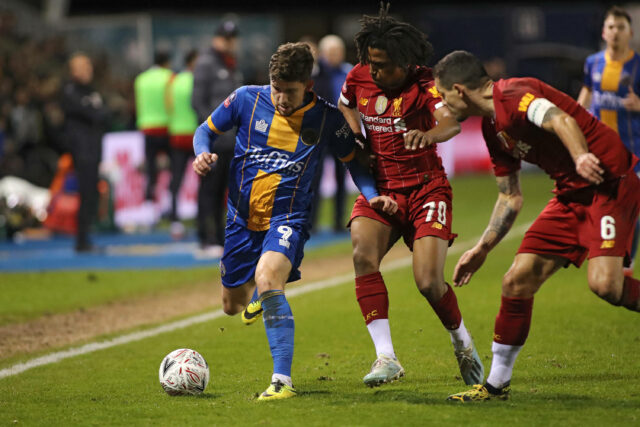 According to reports from The Athletic, Yasser Larouci is set to leave Liverpool in the summer.

The 20-year-old defender is into the final months of his contract at the club. He has featured twice for the under-23s this season and looks set to leave on a free transfer.

Larouci joined Liverpool at the age of 16 from Le Havre. He was seen as a player with bags of potential, pace and technical grace.

There were high hopes for his future, and the left-back was seen as a potential understudy to Andy Robertson.

Larouci has been on Leeds’ radar in the past, and he was also linked with a move to Norwich City.

Last summer, the Whites showed an interest in signing the youngster, but they felt he was too expensive.

Leeds will be looking to bolster their left-back department in the summer, with Ezgjan Alioski set to leave the club on a free transfer.

However, it is doubtful that the Whites will sign Larouci, even for free, as they are thought to be looking at more experienced left-backs.

He is a bright young talent, but his days at Liverpool are numbered. The Athletic claims that leaving Liverpool will be a difficult decision for Larouci, but he needs to move on in search of regular games.

In other news, Marcelo Bielsa delivers the latest team news update ahead of Leeds’ Premier League clash against Fulham.