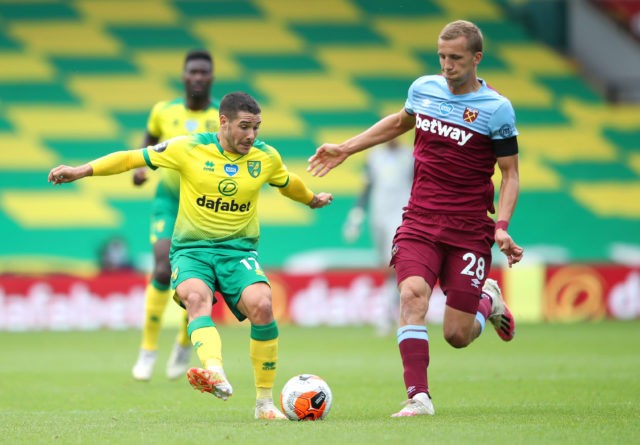 West Ham United midfielder Tomas Soucek has been in outstanding form for the club this season.

The Hammers signed him on a permanent deal last summer after an impressive loan spell and Soucek has repaid David Moyes’s faith with his performances.

The Czech midfielder plays in a holding role, but he has been exceptional going forward, with his ability to get into the box at the right time yielding valuable goals for West Ham.

Soucek is also a threat from set-pieces due to his aerial prowess, and he is one of the main reasons why the London outfit are still in the race for European qualification.

The West Ham star has bagged goals and an assist in the Premier League this season and will be hoping to end the campaign on a high note.

Soucek’s impressive performances haven’t gone unnoticed, with on-loan Middlesbrough winger Yannick Bolasie claiming that he should be in the team of the season.

How I’m not seeing Soucek in any teams of the season is a madness….the guys been unplayable, also I’ll put Digne/Castagne in convo for the fullback places too

There is no doubt that the 26-year-old has undoubtedly been one of the best midfielders in the league this season.

The Hammers fans will certainly agree with Bolasie’s claims and would be delighted to see him chosen in the team of the year.

Read: How the West Ham fans feel about Benrahma’s performance at the weekend.