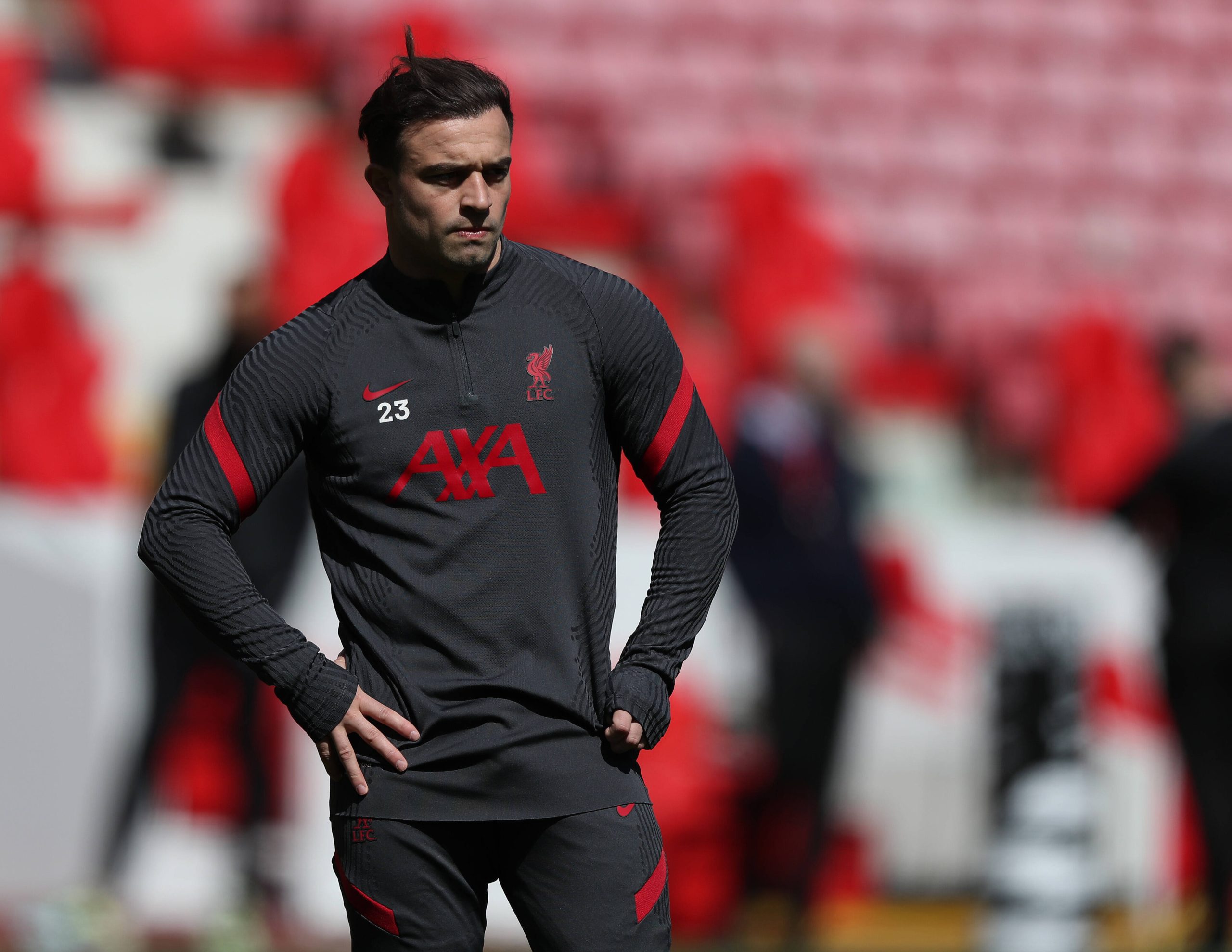 Liverpool attacker Xherdan Shaqiri has instructed his agent to find a new club for him amid his lack of regular game time, Football Insider reports.

The Switzerland international has made 21 appearances for the Reds this term, but just six of those outings have come from the starting line-up.

He has played just a solitary minute in the past five league games, and it is reported that Shaqiri wants to part ways with the club this summer.

Roma and Lazio are among the interested clubs from the Serie A, while La Liga giants Sevilla have also been linked with the former Stoke City man.

The Reds reportedly value Shaqiri at £23 million, but they may have to lower their price tag with clubs financially impacted amid the coronavirus pandemic.

Shaqiri made a lively start to his Reds career three years ago, netting six goals during the first half of the 2018/2019 Premier League campaign.

However, he barely featured during the second half of that season, playing just 263 minutes last term due to injuries and competition for places.

He has managed to stay unscathed for most of the current campaign but has been restricted to only 788 minutes in all competitions.

He still has two years remaining on his contract but appears keen on a fresh challenge as he enters the back end of his playing career.

Out of the interested clubs, Roma could be best placed to sign him, having previously sold Alisson and Mohamed Salah to the Reds.

However, it is uncertain whether they can afford the transfer fee particularly if they miss out on qualifying for European football.

Meanwhile, Sevilla are already assured their berth in next season’s Champions League, and Shaqiri could be tempted to join them this summer.

Read: Liverpool among clubs interested in signing this Italian striker.