Spanish midfielder Xabi Alonso’s proposed contract renewal at Madrid has been the talk of Spain for the past few months. The play-maker is out of contract in the summer, and can walk away from the Spanish giants for free; something Real are reportedly loath to let happen.

But despite their best efforts, Carlo Ancelotti’s assurances to the press, and the speculation surrounding a deal being signed by Christmas; it now seems that Xabi Alonso is to leave Real Madrid. 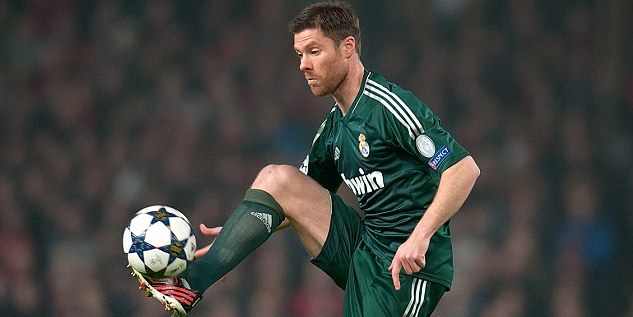 According to the Spanish radio station, ‘Cadana Ser’, the 32-year-old is set to leave the Bernabeu as soon as January.

They cite personal reasons and the wish for a change of scenery for Alonso’s departure, and a whole host of English teams will be provide him his next career chapter.

Chelsea, Man Utd, and Alonso’s former side Liverpool have all been strongly linked with a move in the past months, and every one of them would benefit from signing the midfielder.

We looked with a little more depth at the reasons behind a Liverpool/Alonso move last month; and now with Steven Gerrard injured, Brendan Rodgers may be a very tempted man going into the winter market.

Utd’s midfield woes are evident, and a move for Alonso would be a shrewd one for David Moyes, as the Spaniard’s experience in the Premier League would see him slot in easily.

Chelsea are also struggling in this area. As we discussed only a few days ago, there is a noticeable imbalance in the team, and a lack of communication between midfield and attack, something Xabi Alonso could well remedy.

‘Cadana Ser’ adds that Alonso’s destination will not be based upon the financial elements offered by potential suitors, which arguably levels the playing field; perhaps this puts Liverpool at the top of the heap?

What do you think? Who will sign Alonso? Let me know in the comments below…