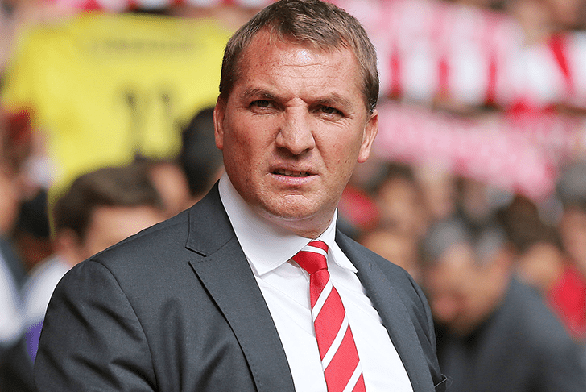 Liverpool boss Brendan Rodgers has shrugged off talk that he could have taken over as Tottenham Hotspur manager before joining Liverpool.

Fresh reports suggest that Rodgers was approached by Spurs as a possible successor to Harry Redknapp who was sacked from his role with the North London club. If the move had come off then he could easily have been under far less pressure than he currently is at Anfield.

One of the things that Rodgers keeps bringing up as Liverpool boss is the size of the current squad. When he allowed Andy Carroll to go on loan to West Ham United, it stretched the limited resources he already had.

Rodgers would have been given more freedom in terms of the money he has available at Spurs because it seems the emphasis in North London is more in the style and the calibre of the team as opposed to meting strict break even targets.

As Spurs boss this wouldn’t have been a problem because they have shown they can easily replace key players in their side who are currently long term absentees; Younes Kaboul and Scott Parker to name just two.

“I was very happy in my work at Swansea. Harry had done a brilliant job there, and for whatever reason, the club decided that it wasn’t to be and looked elsewhere,” Rodgers told Sky Sports

It’s unlikely that the management style would have been drastically different had Rodgers taken over at Spurs instead of Liverpool. All that may have happened is a higher league position and a quicker chance of success with Tottenham.

He would have tweaked Tottenham’s style so it became more focused and passing which could have been a decisive factor in getting Luka Modric to stay at the club instead of going to Real Madrid.

The same policy would have been used in the Europa League with the likes of Andros Townsend and Tom Carroll being blended into the first team as the best youth talent that Spurs have to offer.

Would he have been a different manager at Spurs? Yes, he would have had a larger squad and more quality players to work with but the basic style of his coaching looks as though it’s going to stay the same for as long as he’s in the business.