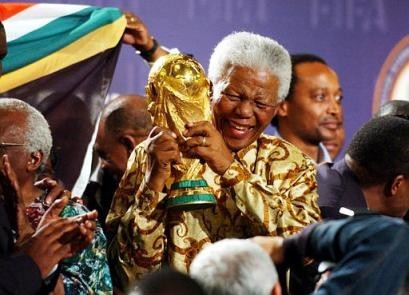 After the passion and enthusiasm shown by South African natives in the recent World Cup, this year’s ADSA Premier Soccer League is bound to be the most followed and exciting domestic contest the African coast has seen for years.

Following a diverse positioning during the past few years, ranging from second to ninth, Mamelodi Sundowns occupy the top of the table with fifteen points.

Supersport United, who have celebrated three consecutive championships in as many years, have had a disappointing start to the season finding themselves mid-table. Supersport have already lost points to title rivals Kaizer Chiefs as well as current leaders, Mamelodi.

South Africa’s top division plays host to sixteen sides, with the majority originating from the east side of the country. As well as the title trophy, teams compete for a place in the CAF Champions League, of which a place is awarded to the top two sides. The third place team and the winner of the Nedbank Cup (equivalent of the FA Cup) qualify for the CAF Confederations Cup, the African version of the UEFA Europa League.

At the other end of the table, the bottom club is relegated to the National League, separated into two provinces. Unlike most English leagues, but not uncommon in Africa, the second-bottom placed team enters a play-off with four other clubs who have gained their place through final standings in the National League.

Much like our domestic league, the season runs from August to May and teams face each other twice, once at home and once away. The league is ranked as the ninth best in Africa according to the CAF 5-year ranking system, which determines the amount of places for continental competitions the country is awarded.

Although the league is relatively unknown compared to the billion-pound European Leagues we are used to hearing about, the countries’ top division boasts a few well known names.

Kaizer Chiefs,  a regular title challenger, may sound familiar to some? Popular british indie band, Kaiser Chiefs, was named after the club because Lucas Radebe, a former player of the Chiefs, captained Leeds United, the team the group supported.

Ajax Cape Town reminds many of the hugely decorated Ajax Amsterdam. This is no coincidence; it is in fact an affiliate of the Netherlands club. As well as sharing the same kit, the two clubs share the same badge, the only difference being the typography of “Cape Town” and “Amsterdam”; their respective locations. The two clubs hold an agreement in which the Amsterdam club can send players to their Cape Town counterparts in order to develop their potential.

Platinum Stars, currently positioned eleventh, were opposition to England in a World Cup warm-up friendly in which England won 3-0.

South African internationals Steven Pienaar, Aaron Mokoena and Benni McCarthy, all began their careers in their domestic top flight. Pienaar is a notable example of a graduate from Ajax’s talent-feeder system. Blackburn Rovers striker, Benjani Mwurawari, won player of the season and player’s player of the season in 2001, when at Jomo Cosmos.

The next round of fixtures sees Kaizer Chiefs go head-to-head with Santos, who will be looking to build on last season’s fourth place finish. Ajax’s tie with Vasco Da Gama and Supersport United’s away encounter with Maritzburg are the other highlights. Although fans will have to wait until January for the much-anticipated Kaizer Chiefs vs Mamelodi Sundowns fixture, this year’s competition, with record attendances, is sure to be a very interesting spectacle.