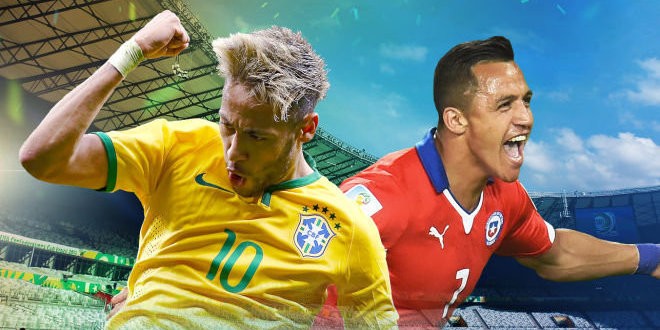 The 2014 World Cup resumes today after a barren 24 hours for audiences across the globe, with hosts Brazil front-lining an all-South American first day of last 16 clashes.

The Selecao will face Chile in the early kickoff in Belo Horizonte, while Colombia vs Uruguay comes four hours later in the Maracanã; with both matches expected to be ferociously contested, and stunning spectacles right from the off.

Every one of the above teams have fully deserved their place in the last 16, with Colombia and Chile in particular wowing crowds with their adventurous, relentlessly attacking styles. The pair are still considered underdogs when compared to their more illustrious opponents, Brazil and Uruguay respectively, but these two games can really go either way. 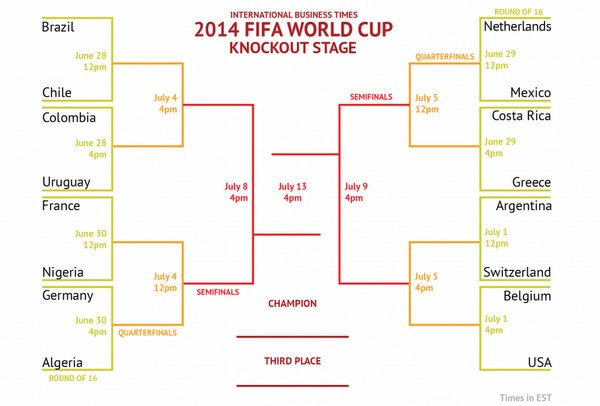 The winners will then play eachother in the quarter final, with South American representation sure to continue into the final stages of the competition.

Chile manager Jorge Sampaoli brought a halt to a training session in Belo Horizonte on Thursday after a Brazilian news helicopter flew over their base of operations, just days before their last 16 clash with the hosts. 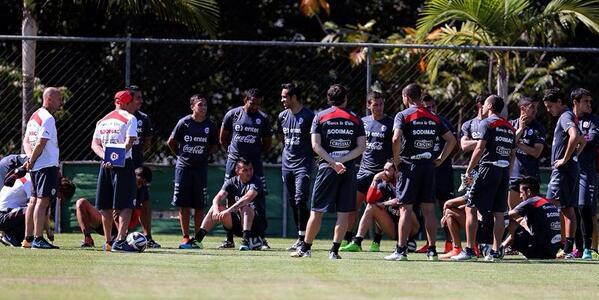 Brazil news station ‘O Globo’ were telephoned by Chile communications director Héctor Olave and were asked not to broadcast any of the images taken, so as to keep the South American side’s tactics hidden.

Olave later told reporters that Sampaoli was most concerned “because he was working on tactics and he didn’t want them to know how he plans to approach the match”.

Brazil 2-1 Chile – should be a magnificent match, and one that the Selecao should just edge.

Colombia 3-1 Uruguay – Los Cafeteros have been quite the surprise package so far, and I expect them to continue their run with a win over the Suarez-less Uruguayans.