England v Costa Rica – Pride at stake, or has that ship already sailed?

England take on the mightily impressive Costa Rica later today, with Roy Hodgson’s men already out of the tournament and playing only out of obligation in South America. 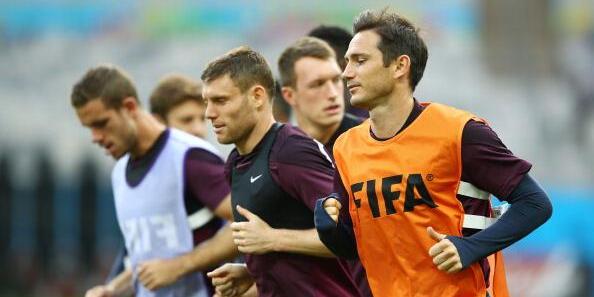 I’m sure most of the players would like nothing more than to slink away, licking their wounds, rather than have to trot out against triumphant minnows Costa Rica and risk further World Cup humiliation.

Many fans are eager for the Three Lions to show their passion, and take some pride away from what has been a dismal adventure in Brazil, but there are just as many who believe that any pride that could have been had has been removed from the equation, with England bowing out at the group stage for the first time since 1958, and the first two-game knockout in their history. 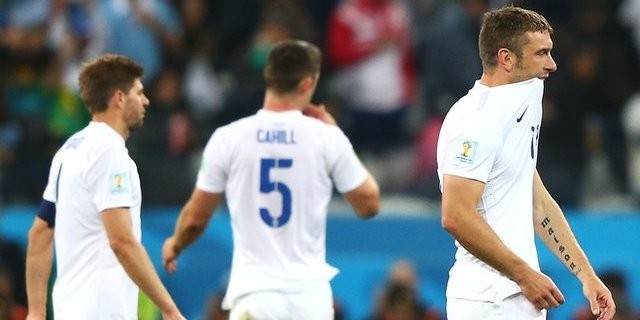 A host of changes will be made to the lineup, with Hodgson looking to give valuable experience to the younger players in his squad, while also giving the likes of 36-year-old Frank Lampard one last run-out on the international stage.

A win in the Estádio Mineirão may dull some of the pain, according to some, but a loss will further compound English misery, with this a dangerous fixture for both players and manager.

With his two goals against Cameroon yesterday, Brazil’s Neymar took his World Cup 2014 tally to four from three games, with the 22-year-old now ahead of the likes of Germany’s Thomas Muller and France hitman Karim Benzema in the battle for the prestigious Golden Boot.

Neymar has been the real driving force for the hosts, getting them out of trouble in the 3-1 win over Croatia on the opening night, while also scoring the goal that put the Selecao ahead against Cameroon yesterday; with the Barcelona man strongly tipped to be the top scorer come the end of the tournament.

The aforementioned Muller and Benzema should run him close, if they can continue to progress in South America, while Dutch duo Robin van Persie and Arjen Robben have had excellent starts, and are just one goal of the top spot.

Liverpool striker Luis Suarez and Argentina’s Lionel Messi have netted twice, while Cristiano Ronaldo has so far failed to get off the mark, with Portugal struggling to make an impression in Brazil.

Check out the current top scorers list below, with Messi and Suarez with ten others on two goals 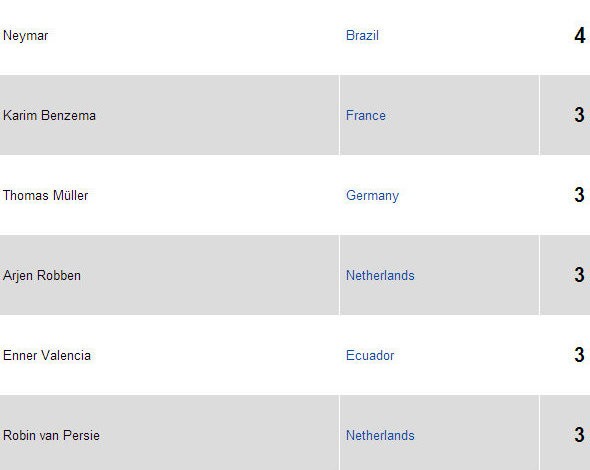 Click on the predicted score for the full match preview –

Costa Rica 2-2 England – While on a normal day, England would be expected to roll over the ‘minnows’, but considering both the nature of this World Cup, and how well Costa Rica have performed so far against world class opposition, this could well end up a draw.

Italy 1-1 Uruguay – Elation to dejection for the South Americans, who I’m banking on conceding a crushing late equaliser to put them out of the tournament.

Greece 0-1 Ivory Coast – The Europeans may well park the bus, but with Didier Drogba and Yaya Toure in the ranks, I think the Ivorians will have enough in their locker to edge it.

Japan 0-2 Colombia – Jose Pekerman’s side have been very impressive so far, and I’m backing them to see off Japan with ease.