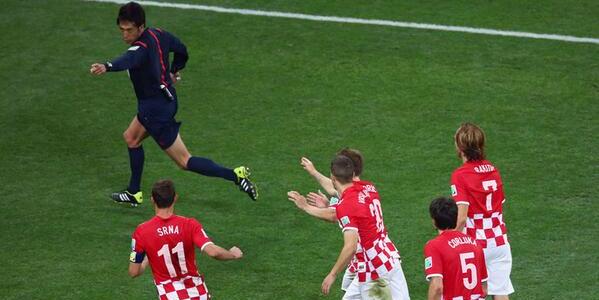 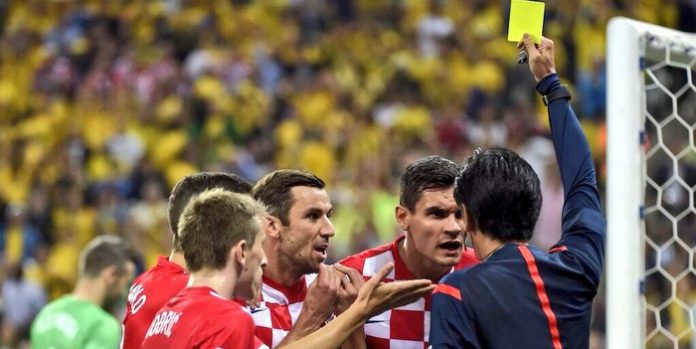 Brazil 3-1 Croatia: Bitter Lovren cries – “It is better the cup is given immediately to Brazil!” 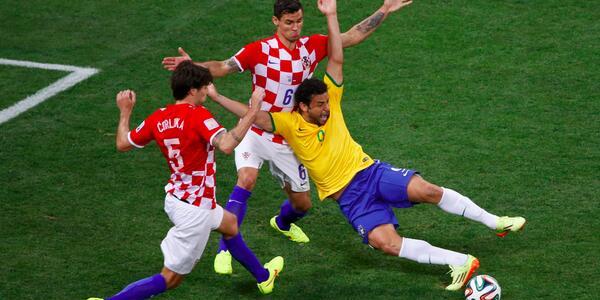 Lovren, who was penalised after contesting a cross with Selecao striker Fred, told L’Equipe: “I’m so sad I want to cry. Everyone has seen it, it’s a scandal for Fifa.

“We talk about respect – the Fifa people spoke to us about it – and what happens? It is better the cup is given immediately to Brazil.”

Croatia’s brave 3-1 loss to hosts and favourites Brazil last night has also left a bitter taste in the mouth of the country’s loyal media, who have rounded on Yuichi in similar fashion to the apoplectic Lovren (relayed by the Guardian):

“Two years we fight for this and then someone robs us,” screamed ‘Jutarnji list’. “Croatian supporters – sheep sheared by Fifa,” said ‘Index.hr’.

With only three games played in the group stage, after such a long and grueling qualification period, it’s certainly understandable that the Croatians feel a little irked by last night’s debacle!

Spanish royalty desperate for success at the final curtain

Long-serving Spanish pair Iker Casillas and Xavi have spoken of their desire to retain the World Cup this summer, in what will undoubtedly be their final appearance together on football’s biggest stage.

The duo, captain and vice-captain for La Roja, are 32 and 34 respectively, and collected their first trophy together back in 1999.

The Spaniards are old friends, and while the end is near for them internationally, both Casillas and Xavi are more than ready to defend their crown in the sweltering South American heat, knowing full well that they are the team to beat:

“The star [on the shirt] motivates us; it is not a burden,” Real Madrid’s Casillas said.

“For the last four years Spain has been the best team in the world and I understand that the teams we play against are especially keen to beat us. But our objective is always to win for the country and it is in our hands. If we have the ambition and desire we can show we’re still strong.” 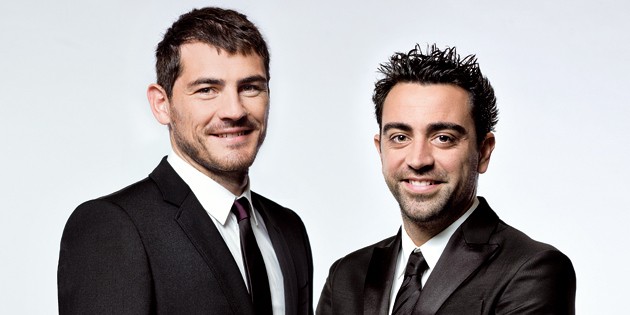 Their first match sees them take on the Netherlands, their 2010 final opponents, and now under the tutelage of soon-to-be Manchester United boss Louis van Gaal, of whom Barca man Xavi has the utmost respect for:

“I have a extraordinarily good memories of him and I feel a lot of affection towards him: I owe him a lot,” Xavi said.

“He was always straight and he trusted me 100%. He has had to adapt to the footballers he has. He has footballers up front with real speed and [Wesley] Sneijder plays the final pass. They have played with five at the back recently, using two wing backs. I imagine a game that we will have the ball more than them. That’s our idea anyway.” 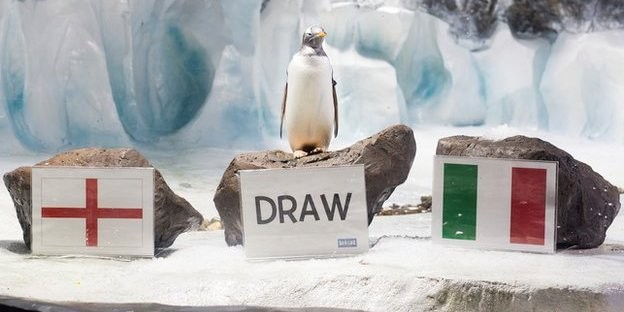 Well, not exactly. Obviously Roy Hodgson’s boys won’t be facing off against an aquatic, flapping bird in the Amazon jungle, but we might as well delve into the realms of fantasy if we start putting our faith into the predictive talents of a Gentoo Penguin.

With Paul the Octopus starting a bizarre precedent in the 2010 World Cup, various animals have now become almost temporary deities during the tournament in Brazil, with a Birmingham based penguin yesterday placing their bets on the outcome of England’s opening World Cup fixture against Italy.

Alf the penguin, who lives at the National Sea Life Centre in the north of England, hopped onto the England vs Italy ‘draw’ rock yesterday, casting his vote, and giving the country some lighthearted optimism.

Curator James Robson told the BBC: “Our Gentoos are really enthusiastic and love playing new games so have quickly got into the spirit of choosing the winning flags.”

When asked to repeat the feat for the benefit of the press, the mischievous Alf changed his mind, and clambered atop the ‘England’ rock!

I need a second opinion. What are the slugs saying?

What do you think? What will be the outcome of England vs Italy?