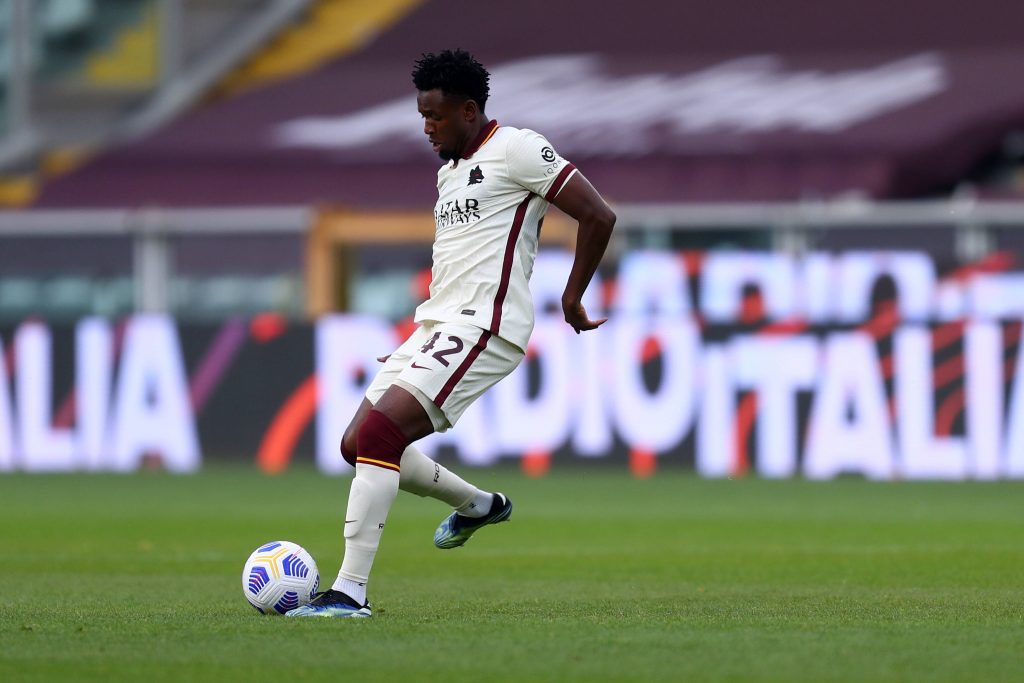 Wolverhampton Wanderers have been offered the chance to sign Roma midfielder Amadou Diawara, according to a report from Siamo La Roma.

Bruno Lage has a lot of work to do at Molineux this summer.

The Portuguese desperately needs to sign a new centre-forward and an attacking wide player.

The addition of a new centre-back is also needed at Wolves.

In all fairness, the last thing Wolves really need is another central midfielder – unless Ruben Neves is sold of course.

The 24-year-old Guinea international has been offered to the Black Country outfit by Jose Mourinho, according to Siamo La Roma.

The three-time Premier League-winning boss is keen to freshen up his options in the Italian capital.

However, Wolves boss Lage has turned down the chance to sign the Roma ace.

The Serie A giants want around £14 million for Diawara. That actually sounds like decent value.

In 18 league games for the Serie A outfit last season, the 23-year-old averaged 0.7 tackles and 0.7 interceptions per game.

He also averaged 25.9 passes per match with a massively impressive completion rate of 89.7 % (WhoScored).

Lage obviously believes there is better value to be had in the transfer market this summer.

There are areas of his squad in more urgent need of attention which is why they have rejected the chance to sign Diawara.

Read also: Wolves make a bid for PL striker according to journalist.