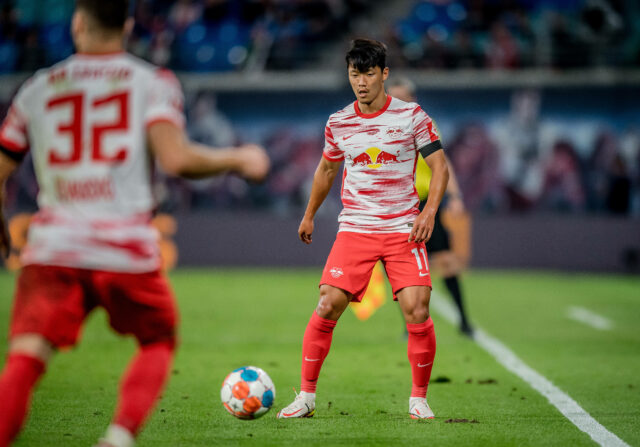 According to The Telegraph’s Mike McGrath, Wolves are keen on the 25-year-old but face competition from two Premier League clubs.

#Wolves are in talks with #RBLeipzig over loan deal for South Korea forward Hwang Hee-chan 🐺 ⚽ Other clubs such as #WHUFC, Brighton and Atalanta monitoring him

Sky Sports are now claiming that Wolves are close to signing him.

The South Korea international is set to join on an initial loan with an option to buy for around £12.8 million (€15m).

He is scheduled to fly into Birmingham tonight and undergo his medical tomorrow morning.

We previously covered a report that West Ham and Everton were interested in signing the Leipzig striker.

It was claimed at that time that the Hammers were close to securing a deal for him.

It appears that talks have cooled since then, but with only four days left for the transfer window to close, interest in him has been revived.

The Bundesliga forward could be a quality addition to Wolves.

He scored 45 goals for Red Bull Salzburg during the four seasons he spent in the Austrian Bundesliga but has scored just twice in 21 games since joining Leipzig in 2020.

If Wolves can get him on loan, it would represent a smart piece of business.

However, his potential arrival could also pave the way for Adama Traore’s departure, who has been linked with Tottenham Hotspur this summer.

West Ham boss David Moyes is desperate to sign a striker before the transfer deadline, and the Hammers could also make a move for Hee-chan.

Read: Everton are confident of reaching an agreement for Luis Diaz.