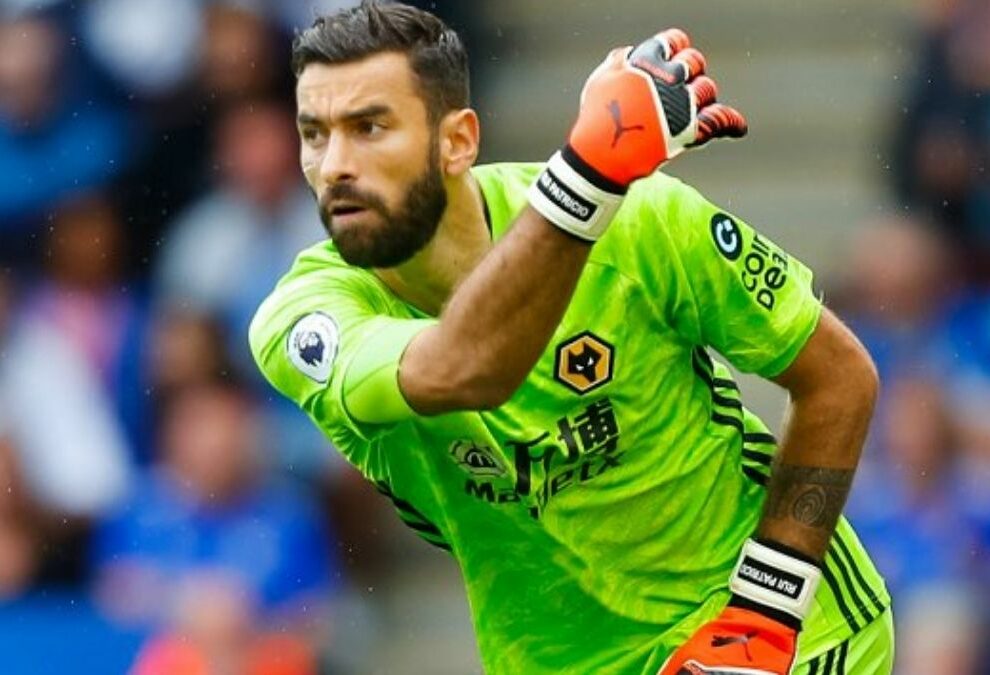 The Portugal international has been with Wolves for the past three seasons, registering 112 appearances in the Premier League.

He has another 12 months left on his contract but appears close to a summer exit with no contract talks planned with the Midlands outfit.

Patricio has agreed terms over a three-year deal with Roma. They are currently negotiating the fee and payment structure to sign him.

Patricio has been the undisputed goalie for Wolves, missing just two league matches since his arrival in 2018.

His position has never been in doubt, but the recent departure of manager Nuno Espirito Santo has led to suggestions that he could move on.

Wolves seem prepared for his potential exit during the transfer window, with Olympiacos’ Jose Sa lined up as a suitable replacement.

A move to Roma would hand Patricio the chance to play European football, albeit in the newly-formed Europa Conference League.

Jose Mourinho, who recently took charge of Roma, continues to have a strong reputation despite his struggles at Tottenham Hotspur.

Aside from Patricio, the Portuguese tactician has his sights on landing Arsenal midfielder Granit Xhaka, who he is a huge admirer of.

The Giallorossi rejected failed with a £12.9 million bid for the Swiss, but they are likely to make a renewed offer in the coming days.