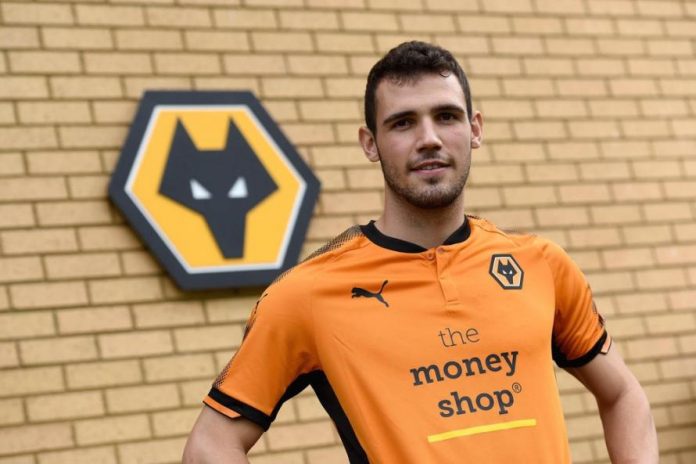 Wolves’ wait for their first Premier League victory since February 2012 goes on after they lost 2-0 against Leicester City on Saturday at the King Power Stadium.

An own goal from Matt Doherty gave Leicester the lead in the 30th minute. The Foxes doubled the lead when James Maddison, a £20m signing from Norwich, scored on his home debut at the stroke of half time.

Jamie Vardy was sent off for the home side for a reckless challenge on Doherty, but Wolves couldn’t capitalise despite having the extra man advantage.

Both Joao Moutinho and Raul Jimenez hit the crossbar with Leicester boss Claude Puel admitting that they were lucky to win.

One Wolves player who really disappointed was Leo Bonatini. He came on in the second half but failed to make an impact, and Wolves fans weren’t impressed with his performance at all.

The 24-year-old has been struggling with his form for a while now. He joined Wolves on loan last season from Al-Hilal and the move was made permanent this summer.

The Brazilian forward scored 12 goals last season, but he has failed to hit the target since 9th December of last year. He is really struggling to make an impact, and Wolves fans have given him the stick on Twitter for yet another poor performance.

Traore looks like a real player, which I knew he would. Our lack of cover & quality in the wing back area is as baffling as it is worrying. Bonatini is a calamity and a joke at 5 million. We have quality, but it appears all to be in the same sort of areas rather than spread #wwfc

Can’t put it Into words how bad bonatini is…. Awful just awful #wwfc

Plenty of positives today however you need to take your chances in the Prem and Bonatini couldn’t hit the side of the Great Wall of China, horrendous player! #wemoveon #wwfc