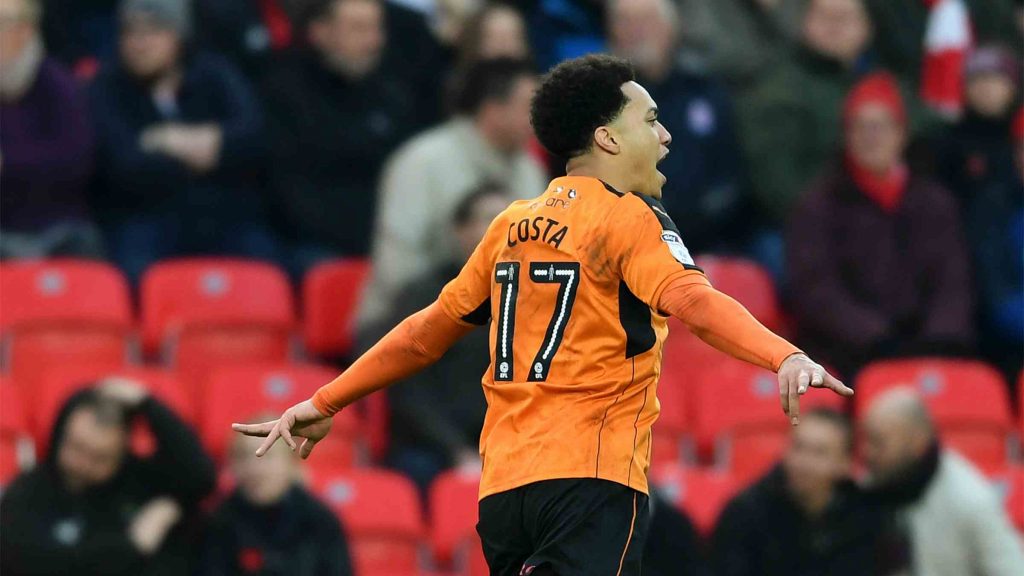 Helder Costa scored on his international debut against Scotland on Sunday, and Wolves fans can’t stop drooling all over their star forward on social networking site Twitter.

Wolves congratulated the 24-year-old on their official Twitter handle after he followed in club legend Steve Bull’s footsteps by scoring in Scotland on debut.

What is it with Wolves players on dayboo scoring at Hampden?!

Be a great confidence booster for you that lad come back on a high for Saturday ?

Congratulations helder the pack is proud

#BewareEPL contenders
“Wolves” are Hungry for top Finish this Season..

Bull scored inside the same stadium on his England debut in May 1989 after coming on as a substitute. Costa started the match and played the full 90 minutes for Portugal.

It was a memorable night for the Wolves forward as Portugal went on to achieve a comfortable 3-1 victory.

Costa joined Wolves first on loan in 2016 from Benfica, and later made the move permanent in January 2017, for a deal worth around £13 million.

He has played in all eight matches for Wolves this season in the Premier League, but he is yet to score and register an assist thus far. However, he scored against Sheffield Wednesday in the EFL Cup.

Wolves will face Watford in their next Premier League game after the international break.