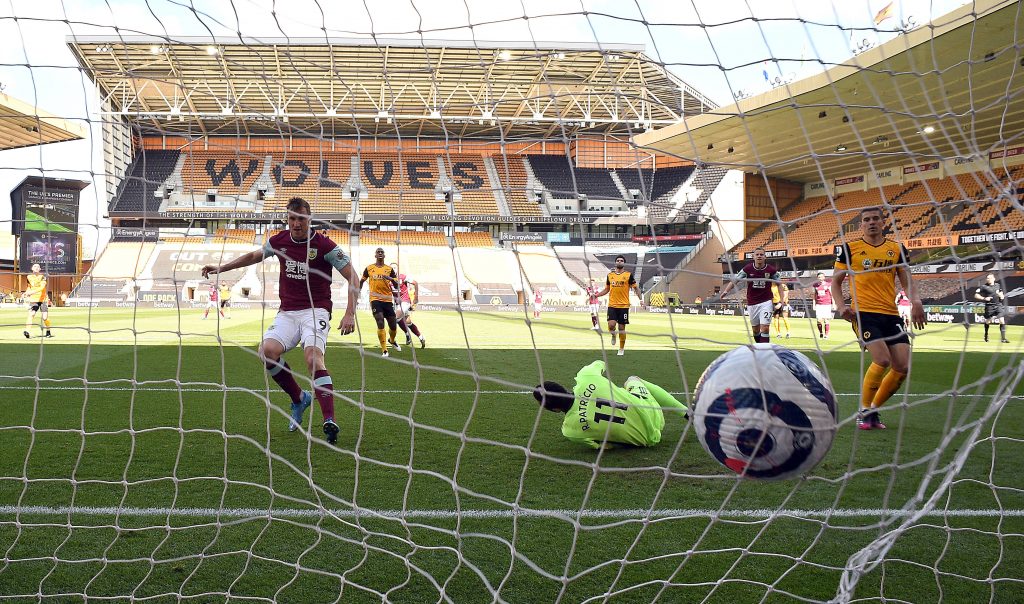 Wolverhampton Wanderers played like the season is over against Burnley on Sunday, producing an absolutely embarrassing performance.

Burnley’s attack cut open the Wolves defence like a hot knife through butter on their way to a comfortable 4-0 win at Molineux.

Chris Wood opened the scoring for Burnley, striking the ball across the goal from a tight angle to beat goalkeeper Rui Patricio with ease.

Wood completed his hat-trick before half-time to leave Wolves in complete disarray at the break.

Things didn’t get much better in the second half, with Ashley Westwood’s goal five minutes from crowning a magnificent victory for the Clarets.

The scoreline could have been worse, with VAR ruling out a Matej Vydra effort for offside.

The ratings are generous in some cases – this really was an absolutely abject performance by Wolves.

Neves, Dendoncker and Traoré tried manfully to stem the tide, but their efforts were hampered by the shambles around them.

This was Burnley’s first top-flight win at Molineux for 47 years, and it was one to remember for Sean Dyche’s side.

The only positive Wolves can take is that, hopefully, this dismal display will inspire chairman Jeff Shi to get the chequebook out this summer.