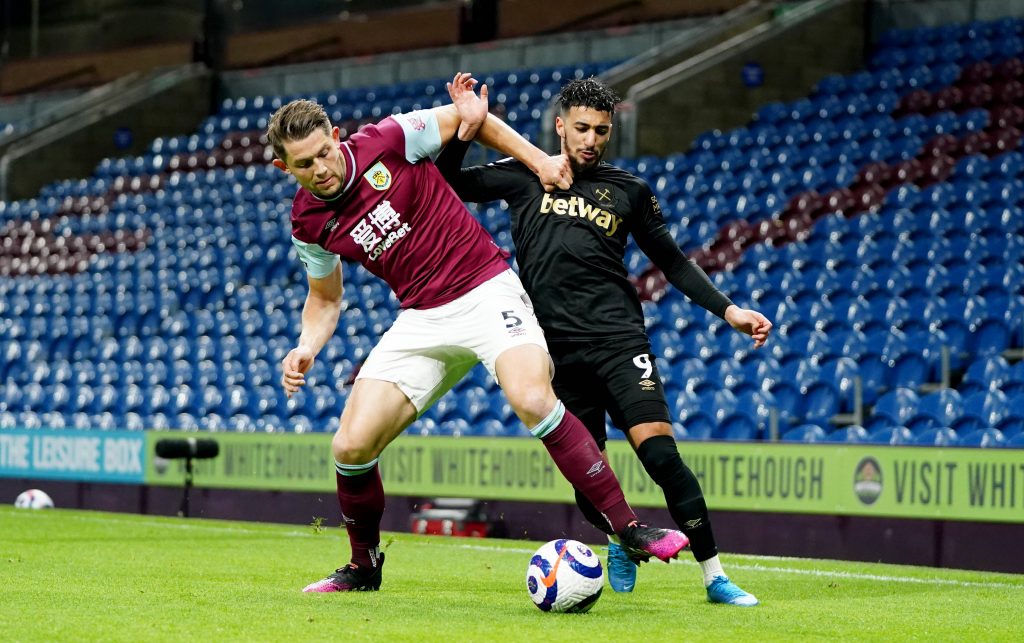 The 28-year-old has been one of the most reliable centre-backs in the Premier League over the last few years.

According to The Telegraph, the defender has just one year left on his deal, and the Clarets may be under pressure to cash in.

West Ham are hoping to snap up the defender for a bargain fee and will be keen to fend off the competition from Wolves.

The Hammers must improve defensively if they want to do well in Europe and the Premier League next season.

Tarkowski could be a superb addition alongside Issa Diop or Angelo Ogbonna, but West Ham face strong competition to secure his services.

Wolves need defensive reinforcements after a disappointing season, and a move to the Midlands may be more appealing to Tarkowski.

However, the Hammers will probably be a more attractive option as they can offer European football next season.

The opportunity to play under David Moyes could be the deciding factor, with the West Ham boss adept at getting the best out of his defenders.

Read: West Ham linked with a move for Serie A forward.