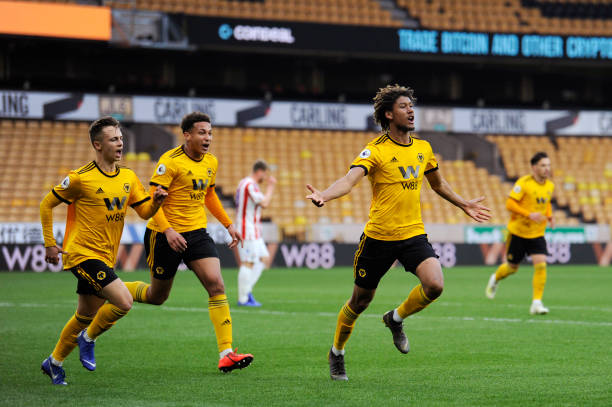 Both sides played out a goalless draw after 90 minutes, and Nuno Espirito Santo’s men came out tops 3-2 in the subsequent penalty shoot-out as Ryan Bennett, Taylor Perry and Ruben Vinagre converted.

Portuguese goalkeeper Rui Patricio put in a man of the match performance, saving three of the Premier League champions’ penalties and also making a late save to deny David Silva’s free-kick.

Santo used the game to hand opportunities to some of the youngsters, and defender Dion Sanderson caught the eyes.

The 19-year-old replaced Adama Traore in the 62nd minute, and did put in an impressive shift the caught the eyes of many Wolves’ and neutral fans.

Here is how some of them reacted to his performance on Twitter:

The production line at Wolves is obviously back on track in recent years we've had MGW now the current bunch coming through. This Sanderson looks like he could do a job this year. Great haircut as well.

Impressed by Sanderson. Looks like a good prospect and excited to see what he can bring!

Well Done Guys, Tackled really well, Impressed with Sanderson when he came on, Unlucky for @ryanb587 , City moaning about no Aguero or Ferdy we had no Doherty or Jimi. Get in ??⚽️?? @Wolves

Has anyone let #watford know how to not get embarrassed by #ManCity yet? Great performance from the lads. Sanderson looks solid! #wwfc the final that should've been!

Who needs dias when you got sanderson

BOYS WHEN DID DION SANDERSON TURN INTO THE WEDNESFIELD GULLIT

Some really good ones for the future in that squad. I think Sanderson was his name who really caught my eye, superb player

The Molineux academy graduate made his debut during the 4-0 victory against Newcastle United on Wednesday, and was given a chance to feature against City after a solid game.

The versatile defender was rewarded with a new two-year contract last month, and after impressing on the pre-season tour of Asia, he will be hoping to get the chance to play for the senior team when the new season starts.