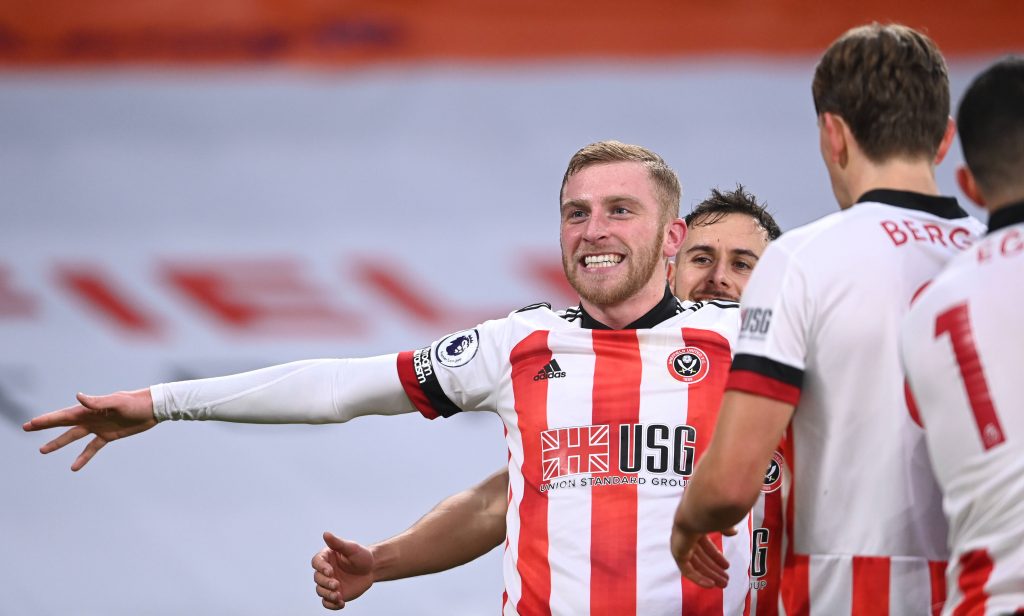 Wolverhampton Wanderers are considering a move for Sheffield United striker Oliver McBurnie as they aim to bolster their frontline for next season, The Sun claims.

The Midlands outfit have had a disappointing 2020/21 campaign, and they are languishing in the bottom half of the league table in 14th with only 35 points.

One of their main concerns this season has been the lack of goals, and they have netted only 28 times in their 29 top-flight games.

They have thrived in the past with Raul Jimenez’s strong hold-up play, but they have missed his services for many months after his skull fracture.

William Jose was brought in during January to address the concern, but the Brazilian has not been able to make an impact and has yet to score in 10 outings.

There are suggestions that Wolves could decline the buy clause on his contract, and it is now reported that McBurnie has emerged as a summer target.

Wolves are planning a £15 million offer to secure the Scotland international’s signature.

McBurnie joined the Blades from Swansea City in 2019, and he went onto score six goals for them over the course of the previous league campaign.

The current season has been much tougher for him amid injuries, and he has found the back of the net on just one occasion in the top-flight.

It can’t be denied that the 24-year-old is good at holding up the ball and has won as many as six aerial duels per 90 minutes this term.

However, Wolves need more than just his aerial ability, and it would come as a surprise if they make an approach to sign him.

Jimenez is likely to make his comeback by the end of the season. He has an impressive tally of 47 goals and 18 assists in 110 appearances for Wolves.