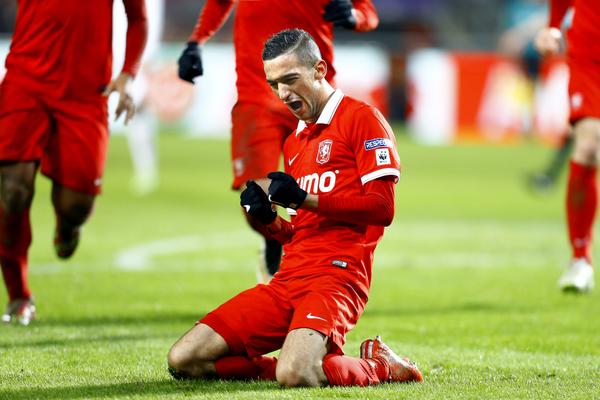 Wolfsburg have identified FC Twente Enschede attacking midfielder Hakim Ziyech as the potential replacement for Kevin De Bruyne should the Belgian make his move to Manchester City, according to Dutch outlet Voetbal International.

De Bruyne has been heavily linked with a move to Manchester City, with the 24-year-old playmaker’s agent even talking up City’s offer as too good to refuse. And Ziyech is high on Wolfsburg’s list of potential replacements for the Belgian.

Ziyech joined Twente last summer from Heerenveen on a four-year deal and impressed in his first season at the club by scoring 17 goals and providing 17 assists in 40 appearances for the Tukkers.

With Wolfsburg set to receive a significant sum of money from Manchester City in transfer fees for De Bruyne, Ziyech will be an attractive option for the Volkswagen-owned outfit as Twente are in financial turmoil and are ready to sanction a big money move for their prized asset.

The Eredivisie club have already had hefty spending cuts this summer, which have led to 14 players from their squad being let go. The option of Ziyech’s sale is an interesting prospect for Twente as the Dutchman is fully owned by the club and has a considerable transfer value.

Ziyech, who is of Moroccan descent, is yet to make his international bow but has represented the Dutch national team at Under-21, Under-20 and Under-19 levels.