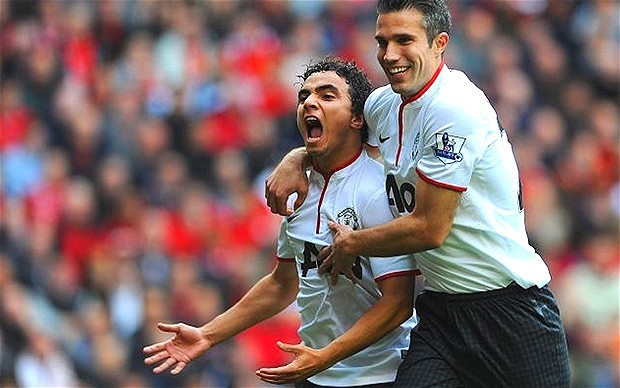 The disappointingly lackluster recent performances by Manchester United against Galatasaray and Liverpool are alarming and Sir Alex Ferguson’s men are surely well aware that they may not be as fortunate with the results in future as they have been in these last two matches.

The main problem, one that has been constant for over a season already, is the gaping hole in the midfield that teams with enough craft and belief can easily overpower and exploit. Despite the marquee signing of Robin van Perise, United would have been better suited buying a midfielder who could break down opposition attacks whilst quickly starting some for his team.

Instead, United are left with a midfield pairing of the frustrating Michael Carrick, coached to pass sideways rather than showcase his excellent forward-passing ability, alongside the veteran Paul Scholes, who despite not losing his accurate long-ball skill, is no longer the box-to-box midfielder he made his name as.

It is well documented that Scholes is not a tackler, which is something that the United squad desperately lacks. The midfield has not been helped by poor starts to the campaign by their wingers, most notably Nani, who need to offer more support to the midfield unit.

Galatasaray demonstrated that most teams can quickly carve United open, whilst Liverpool proved that United struggle to keep the ball as well as they used to. The traditional 4-4-2 is definitely not working, whilst van Persie is so redundant alone up-front that he is tending to drift to the left-wing.

The main priority tactically for United is to add an extra man to the centre of the midfield. This would negate the problem of having no tacklers, as at least just having an additional midfielder should be able to break down opposition attacks more ruthlessly.  The simple way to do this is to change to a 4-3-3 but Ferguson would probably be unenthused by forcing either van Persie or, when fit, Wayne Rooney wide.

Wing-backs instead of full-backs

A more radical option could be to have wing-backs. The common backhanded compliment towards United’s regular full-backs, Patrice Evra and Rafael, are that they are better going forward than defending, so the wing-back option would turn this into an advantage. Rafael, in particular, often looks more comfortable in offensive positions as represented by his delicious curler against Liverpool.

Often blamed for over-eccentricity, Evra’s energy would be embraced by this system. The pair could push forward and always offer themselves as a crossing-option when the onus was on attack, whilst similarly would be content to defend if United were on the back-foot – rather than having to rely on a winger like Nani tracking back.

The strong and athletic Antonio Valencia would be comfortable on the right, whilst new signing Alex Buttner again looks keener to attack then defend.

Though criticized early on, the center-back pairings are not the issue at United; they just have had to do a lot more defending recently because of the gaps in the midfield. A back two, such as Rio Ferdinand and Nemanja Vidic, would remain intact but would be supported by a defensive midfielder just ahead of them. The success of this overall strategy would depend heavily on this new role.

This player would offer protection to the defense, whilst also allowing the midfielders ahead of him to progress more freely, safe in the knowledge they have cover behind them. This player would be a pain, harrying down opponents, so needs to be someone energetic and combative.

When they win the ball they would have a number of options to pass it to, either the wing-backs or midfielders ahead of them. They could also mark the key creative midfielder, taking that responsibility away from the center-back.

Who in United’s squad could play this role? When Anderson originally joined the club he earned his cult hero status through swash-buckling displays against Liverpool and Arsenal but those days seem long gone. Tom Cleverley is too light, Carrick too elegant and Scholes too slow, leaving Darren Fletcher as the most suitable midfielder to take this position, though his health is more of an issue at the current moment.

Consequently, Ferguson could turn to his defenders to take this role. Phil Jones would be an obvious choice, whilst Jonny Evans is also very underrated on the ball and has grown as a real physical presence.

Shielded by a deep lying midfielder, and consistently having a wide outlet from the wing-backs, a pair of more advanced midfielders could contribute to breaking down attacks whilst could progress towards the opponent’s goal on a more regular basis.

This would also shorten the gap between the creative midfielders and the two strikers, a distance evident by the lack of supply to van Persie on Sunday. The forwards could always expect service from the wing-backs, whilst could link with the midfielders in more dangerous areas, rather than in the center circle.

In their squad, Manchester United do not have a tackler. With a defender taking the role of a deep lying midfielder, and their forward-thinking full-backs having more advanced positions, United’s midfield could be less over-powered, could get service quicker to their front players, and could compensate this worrying gap.