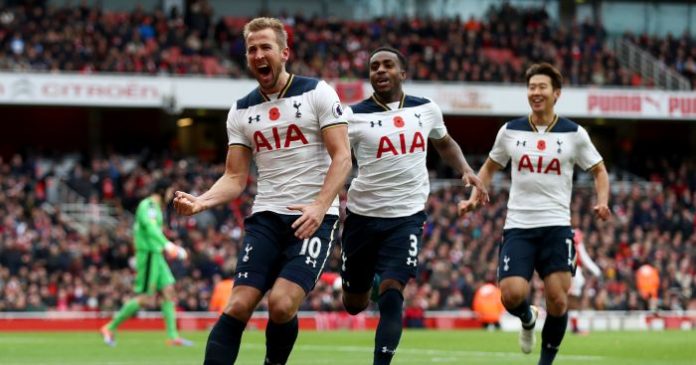 There’s been a lot of banter among the Arsenal, Tottenham and Chelsea fans in recent times over whether London is red, white or blue respectively. North London though, has unequivocally been red. The Gunners have finished above Spurs in each of the last 21 seasons, and have all the bragging rights in the area. Arsenal may have lost the aura of a heavyweight in England after failing to win the league since 2004, but looking down on their next-door neighbours has always been a cert.

Last year, it looked like it would all change. Spurs had been Leicester City’s biggest challengers for the Premier League title, but lost out after a 2-2 draw with Chelsea in the third from last game of the season. The heads dropped, and the next game saw a shock 2-1 defeat at home to Southampton. Still, Tottenham only needed a draw away at relegated Newcastle United to ensure finishing above Arsenal for the first time since 1995. What followed was their worst performance of the season by far, ending in a 5-1 defeat.

Tottenham had finished third in a two-horse race. It was incredible, unbelievable. In arguably their best ever season in the Premier League, they had somehow managed to let Arsenal get ahead at the final hurdle.

All in the mind

In almost every season since the turn of the decade, there has been a point where it has looked like Spurs would have the higher finish. Many managers and players have tried, but failed. The Lilywhites have managed to beat Arsenal at White Hart Lane on multiple occasions, and their showings at the Emirates Stadium have been admirable as well. But this is not about one-on-one battles.

Jermain Defoe and Jack Wilshere agreed on a bet in December 2011 to see who finishes higher. At the time, Spurs were 5 points ahead of Arsenal with a game in hand. They were in good form and looked well on course for a title challenge. In the end though, they finished in fourth, a point behind Arsenal. They also missed out on Champions League qualification, after Chelsea, who finished sixth in the league, won the competition. Gooners around the world were smiling ear to ear.

Defoe and Wilshere were at it again the following season. The former was very confident this time, with Spurs 7 points ahead with just 10 games to play. The final table saw the same result though, with Defoe having to pay up after seeing his team finish a point behind the Gunners.

It is very much a psychological battle now. No matter how well Spurs are playing, one can almost confidently predict that they’ll bottle it somehow and finish below Arsenal.

A season of change?

Mauricio Pochettino’s men have been a joy to watch this season. Their attractive style of football and their reliance on academy talents have endeared them to a lot of neutrals watching the game. Chelsea have a runaway lead at the top of the table, and the group below – Spurs, Arsenal, Liverpool and the two Manchester clubs, are all battling for the remaining top 4 spots.

It looked like Tottenham would pose the only challenge to the Blues at the top. Yesterday though, they succumbed to a 2-0 defeat at Anfield against Liverpool. The players looked tired and out-of-sorts, and it may well have been their worst performance of the season. Chelsea are now 9 points ahead with a game in hand. A win against Burnley on Sunday will almost certainly mean curtains for Spurs’ title hopes.

The other aspect here is that Arsenal won their game against Hull City to move level on points with Spurs.

Harry Kane, in a recent interview on ESPN, quoted here by the Telegraph, talked about how disappointing it was to finish below their fiercest rivals last season.

It hurt us a lot. Not just not finishing above Arsenal, we wanted to finish second. We did well all season, we went game-to-game with Leicester pretty much until the end of the season.

The story this season is very familiar.

In a season where the Gunners have looked nowhere near good enough to challenge for the top honour, they are still neck and neck with Spurs, who seem to be close to their best. Arsenal fans are now well tired of their club’s inability to challenge for the league. They could though, have a very familiar reason to laugh at the end of a season that may well be summed up as “typical”, by their standards. Maybe, some things will never change.