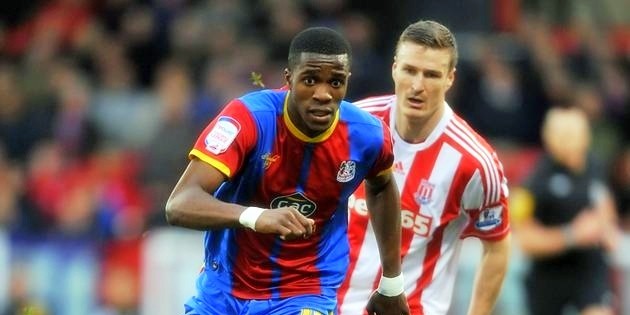 David Gill has confirmed Manchester United’s interest in Wilfried Zaha but insist that the deal is far from being over.

Wilfriend Zaha is one of the hottest young talents in England at the moment. Arsenal, Tottenham and Man United were some of the big names that were reportedly after the 20-year-old.

But recent reports suggested that Manchester United has leap frogged the London clubs in the race for Zaha’s signature and David Gill has now confirmed that both the clubs are in talks regarding the transfer of the Crystal Palace youngster.

But David Gill, the Chief Executive of the Manchester club, insisted that the deal is far from being ‘done and dusted’. Gill was quoted in press:

“He is one of the players that we are looking at.

“That is all I will say at the moment. I’ve been in football long enough to say that is not done until it’s done.

He’s one of the players we are looking at, but it is far from done.”

Crystal Palace manager Ian Holloway has resisted any moves for the youngster mid-way through the season and Palace would insist that Zaha remains at the club at least till the end of this season.

David Gill however has confirmed that even if the deal for Zaha goes through, he is unlikely to arrive at Old Trafford before the summer. Gill added:

“Even if we did do something with Wilfried, that would be for the summer.”

Arsenal, it seems have once again been pipped in the transfer market, but the fact that Theo Walcott has reportedly agreed to sign a contract extension at the Emirates, might have subsided Arsenal’s interest in Zaha.

United on the other hand are close to landing an amazing talent. With Nani’s future at Old Trafford in doubt, Wilfried Zaha will find enough space in the squad to excel. He is the sort of winger that excites the fans at Old Trafford.